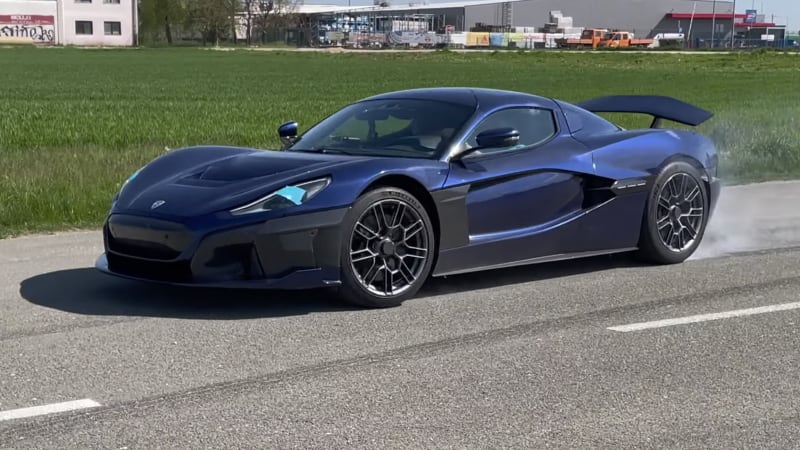 It is almost time for the Rimac C_Two to enter production but that has not stopped company founder, Mate Rimac from sharing a sweet clip of the electric hypercar and its insane performance figures.

If we can call this version a production car then it has grabbed the production car quarter-mile record, completing the benchmark sprint in just 8.95 seconds – 0.45 seconds quicker than the 1,103 kW and 1,600Nm 8.0-litre W16 Bugatti Chiron.

The 0 to 100 km/h sprint was achieved in “only” 2.42 seconds which makes sense as Mate claimed that this prototype was only operating at 85 per cent power and launch control had not yet been activated.

They will only be building 150 units worldwide each with a starting price of $2.1 million and all have already been spoken for.