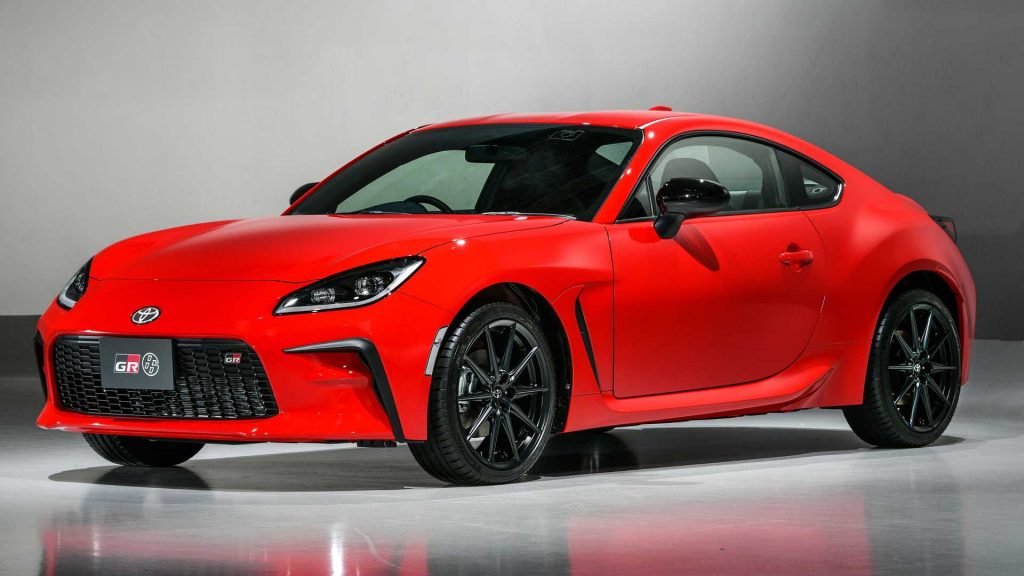 Subaru unveiled the BRZ almost five months ago but now the Toyota ‘twin’ has been unveiled now being called the GR 86.

To stick to the lightweight recipe, engineers used aluminium for the roof and fenders while making changes to the front seats and mufflers to cut fat as much as possible. The revised roof brings another major benefit by lowering the vehicle’s centre of gravity, which should improve handling. Torsional rigidity has been improved by approximately 50 percent to enhance stability while the car’s footprint has remained largely the same.

It comes standard with a six-speed manual gearbox but at some stage, you will be able to opt for an auto box with the same number of gears.

The GR 86 and Subaru BRZ are once again very similar but the most obvious differentiator is the front grille design as we think the GR 86 version is a little more aggressive and GR Yaris-like.

The cabin is much the same aside from the slightly different seat upholstery and GR badging on the steering wheel.