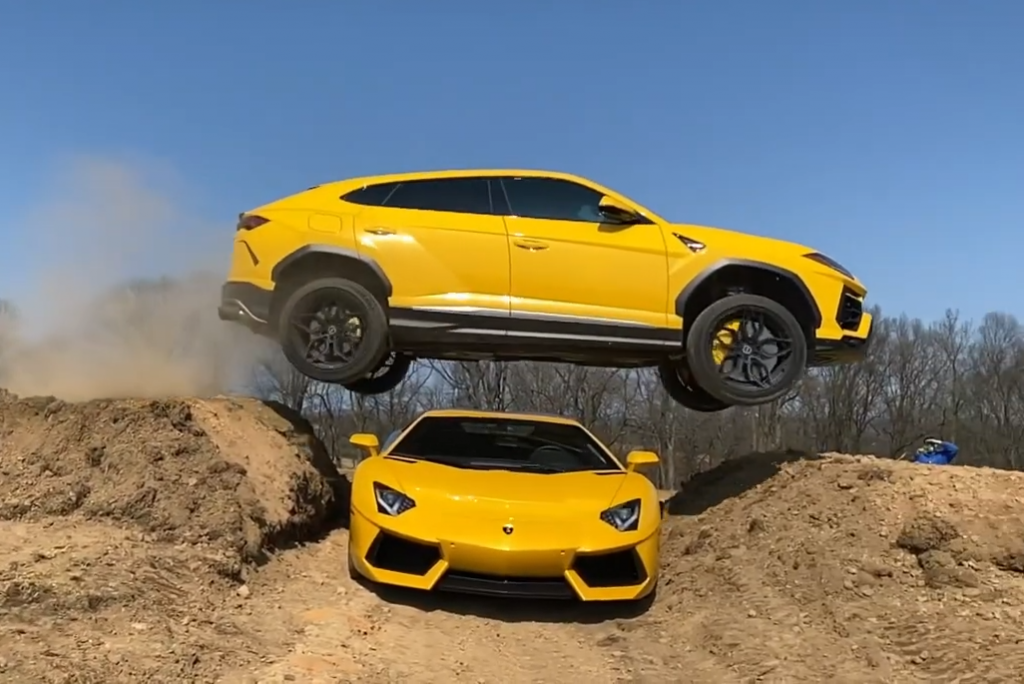 The owner of the YouTube channel Street Speed 717 goes by the name of Michael Hyssong and the channel is clearly doing well with over 1 million subscribers and videos racking up as many as 4 million views.

Recently he found himself in hot water with the law after jumping his Ram TRX over a stream at the beginning of the year. The truck survived the jump but there could be some repercussions as the driver is facing no fewer than 18 counts since the Pennsylvania Fish and Boat Commission was not happy about this stunt.

That particular video has been viewed nearly 2 million times so it must be turning him a nice profit. Hyssong clearly likes profit and to gain more views, he recently shared a video performing another jump this time with two machines from Sant’Agata Bolognese.

He decided to take his Lamborghini Urus and launch it over his Lamborghini Aventador and since it was done off-road, the Super SUV was set to off-road mode to increase the ground clearance.

The video below shows the jump but if you want to skip the mumble beforehand, then skip to the 8:45 mark.

Of course, the ‘jump’ was successful and it seems this is just the beginning for Hyssong as he said the allegations would not hold him back from doing more jumps, promising to build more ramps to shoot additional videos.