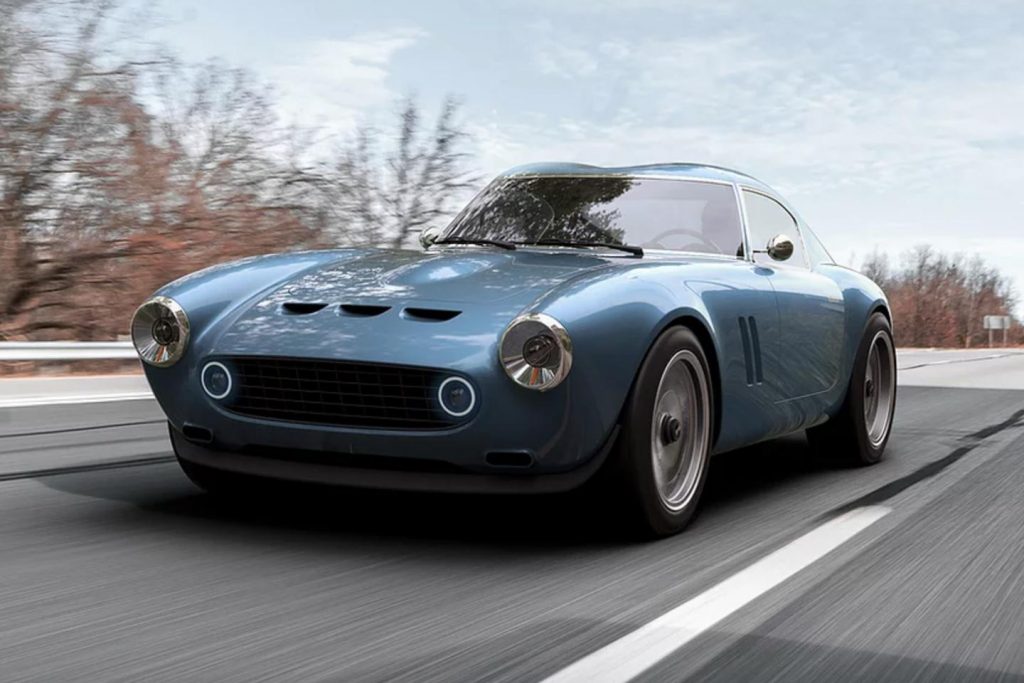 In November last year, we shared the news with you about Ferrari specialist GTO Engineering’s exciting new project and if that did not excite you, then this probably will.

To start with, the all-new, ground-up homage to V12 Ferraris of the sixties has been called the Squalo. They have kindly released some accurate renderings of the future creation and among them, you will see images of a custom quad-cam V12.

It is clear that the designers unashamedly borrowing lines from glorious vintage Ferrari’s, namely the 250. But there’s also a small amount of modernisation in the form, too, emphasised by 18-inch wheels and grille-mounted day-running lights.

GTO has now announced that the V12 found in the Squalo will be a 4.0-litre with more than 460 hp and a majestic 10,000 rpm redline. Even with this rpm, GTO is promising an engine “as at home on a grand tour as it is on track.” In fact, nothing less than the “ultimate V12 road car engine” is said to be powering than the Squalo.

Deliveries are set to begin in 2023. We’ll keep you posted.