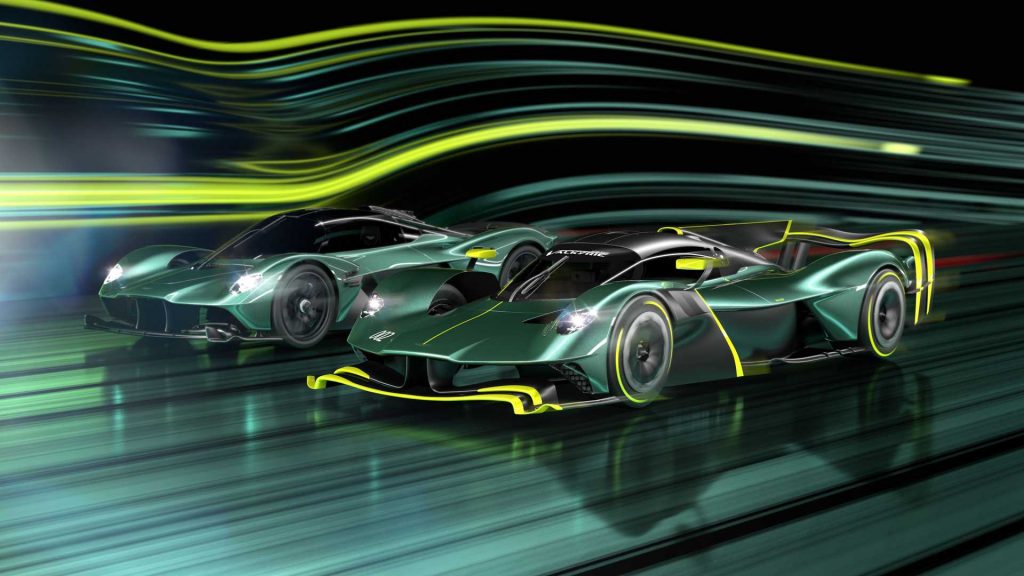 Three years ago, Aston Martin gave us our first look at the AMR Pro version of the Valkyrie and while that one was more of a concept, we are now looking at the production version.

The production offering has done away with the hybrid setup to reduce weight which brings output down to ‘just’ 1.000 hp. This is generated exclusively by the naturally aspirated 6.5-liter V12. Built by Cosworth, the engine revs to 11,000 rpm and is described as being the “masterpiece of internal combustion.”

To shed some more weight, Aston developed a full carbon fibre body and compared to a road-going Valkyrie, it has twice the downforce thanks to an extreme aero package enabling lateral acceleration of more than 3G.

This track-only hypercar has been stretched by 266 mm (10.5 inches) over the street-legal car and the overall length has increased by 380 mm (15 inches). The front and rear tracks are also wider (+96 mm and +115 mm, respectively) while the underbody has been subjected to changes for optimal airflow.

The full specifications will be revealed in months to come but the Gaydon-based marque has targeted a 3 minute 20 second lap time of the Le Mans circuit which would make it as fast as full-blown LMP1 race cars.

Only 40 cars (plus two prototypes) will be built and all are going to come in left-hand-drive specification. First customer deliveries are scheduled to take place in the fourth quarter of 2021.

Aston Martin
Share. Facebook Email Twitter LinkedIn WhatsApp Telegram
Previous ArticleI Was Recently Injured in a Car Accident. What Should I Do Next?
Next Article Five Reasons to Pay Attention to Your Car’s Tires