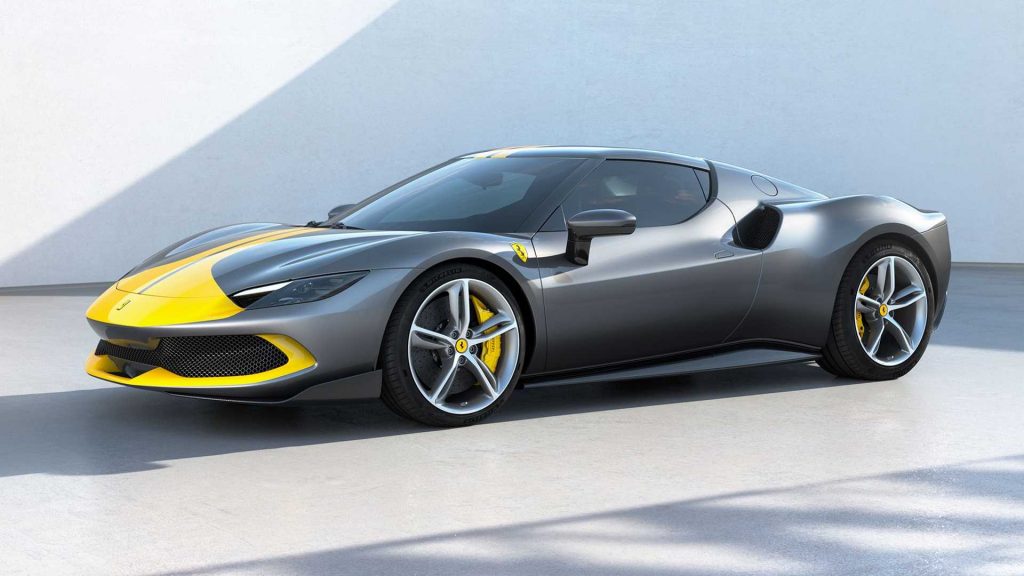 The six-cylinder Ferrari has returned but it is not the new Dino. Instead, the new sports car from Maranello gets its name from the engine’s displacement (2.9 litres) and the number of cylinders (six), plus the GTB suffix representing Gran Turismo Berlinetta.

One would think the Ferrari 296 GTB is a downgrade considering it packs two fewer cylinders than the F8 Tributo but you would be mistaken once you get on to the output of the plug-in hybrid system.

The 2.992cc V6 is an all-new development and is their first engine to have the turbochargers installed inside the vee to provide better packaging while shaving off weight and lowering the centre of gravity. The package delivers a potent 218 hp per litre which Ferrari claims is a new specific power output record for a road-going production car.

The power is sent through an 8-speed dual-clutch transmission the same one from the SF90. The 296 GTB is fitted with a 7.45-kWh battery mounted under the floor, providing enough juice for a limited electric range of 25 km (16 miles).

If you opt for the optional Assetto Fiorano package, the dry weight is 1,470 kg thanks to the use of more carbon fibre inside and out along with a Lexan rear window. You will also get Michelin Sport Cup 2 R tyres and a special livery serving as a nod to the 250 Le Mans.

Ferrari claims the exterior styling illustrates the “perfect marriage of simplicity and functionality” much like the 1963 race car. The active rear spoiler at the back takes after the LaFerrari’s while the windscreen wraps around onto the side windows akin to the J50 and other limited-run models. The digital-heavy interior is derived from the SF90 Stradale with capacitive controls and a standard passenger-side display.

Ferrari
Share. Facebook Email Twitter LinkedIn WhatsApp Telegram
Previous ArticleBMW X8 M To Be Most Powerful BMW Ever Might Be Called XM
Next Article Simple Rules On How You Can Organize Garage For Your New Car