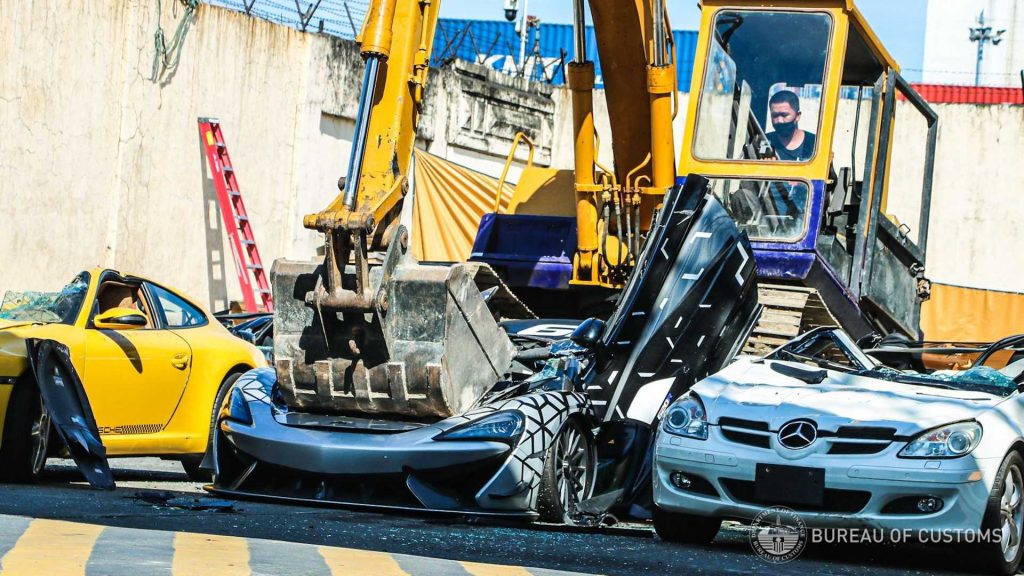 Last year we saw images surface on social media of a McLaren 620R that had reportedly been seized in the Philippines after the importer claimed the car was a Porsche Cayman in a bid to avoid paying the proper taxes.

It seems this was true and the government has no sympathy for individuals trying to dodge tax as the McLaren as well as a bunch of other high-end machines have been destroyed. The country’s Bureau of Customs posted about the destruction to Facebook.

The social media post seen below, mentions the cars were illegally imported between 2018 and 2020 so authorities destroyed the vehicles by crushing them with a backhoe, rendering them worthless. Some of the other cars included a Porsche 911 as well as a Bentley  Flying Spur.

The reason for doing this so publicly is to deter future would-be illegal importers from doing it again. We’re likely to see more cars destroyed in the future as criminals try to find new ways to get around the tight import laws and high taxes, though the country has a solid track record of catching them, too.