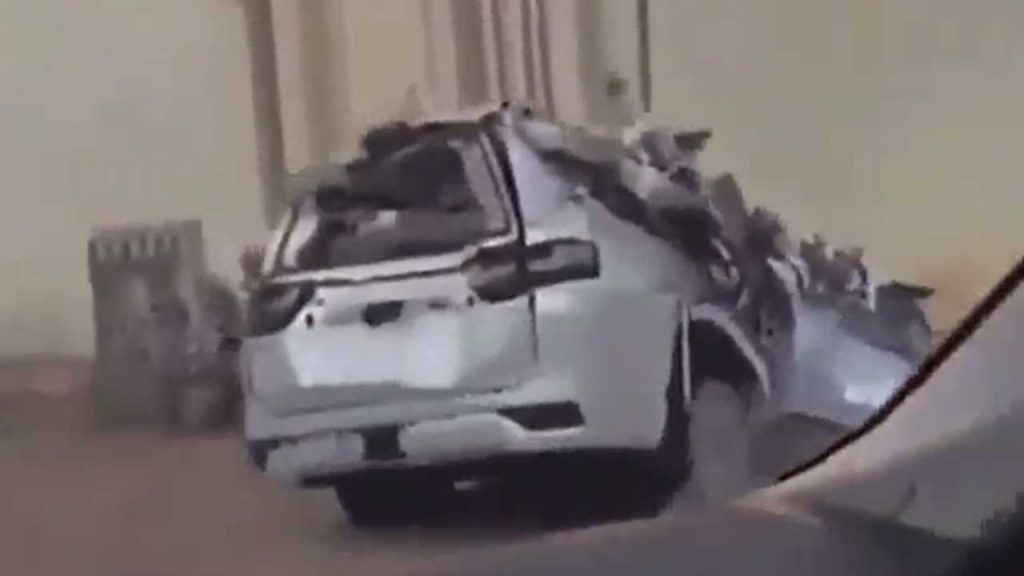 We have heard from local Land Rover dealerships that the interest in the new Toyota Land Cruiser 300 has been astounding with very long waitlists already building up.

It seems one dealership in Oman will be waiting a bit longer for their stock as a whole bunch of them were destroyed while being transported on a car carrier.

A video is doing the rounds online and as you can see, it shows multiple LC300’s in very bad shape. We think it is pretty safe to say they are all totalled.

The incident took place while the SUVs were headed to a dealership in Salalah (third-largest city in Oman) as Toyota is prioritizing the Land Cruiser’s rollout in Arab countries where the reputable off-roader is a huge commercial success.

It’s unclear at this point whether the car carrier’s driver was injured in the accident and exactly how many Land Cruisers have been destroyed.