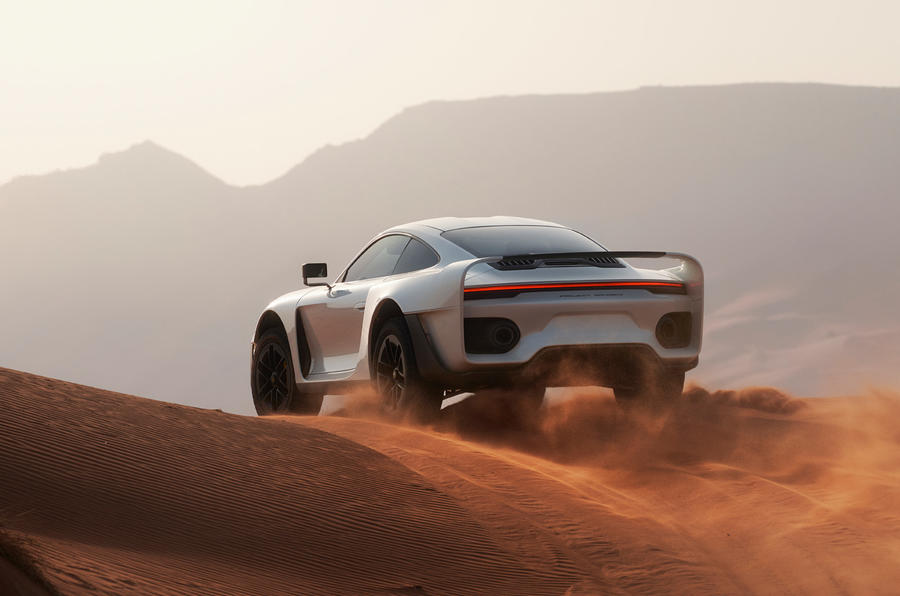 Marc Philipp Gemballa has taken the covers off a highly ambitious off-road-capable supercar that is set for production later this year.

The name ‘Marsien’ (previously called Project Sandbox) comes from the French word ‘Martian’ or ‘from Mars.’ The team tested the Marsien in the Al Faya desert in the UAE where the sand reminded them of an environment similar to that of the red planet.

If this is not enough, you can opt for the second stage tuning which pushes output all the way to 819 hp (611 kW) thanks to the addition of enhanced turbochargers, revised engine mapping and transmission changes.

As you can see, the car has undergone significant changes to make sure it is capable of tackling some rugged terrain.

It is fitted with a completely bespoke suspension setup provided by specialist KW Automotive, which has fitted double wishbones at the front with solid piston damper technology and ‘intelligent active damper control’. The ground clearance can be increased from 120 mm in ‘road mode’ to 250 mm for off-roading.

Alongside the regular driving modes offered by the Porsche, you can now select gravel, mud, sand and snow.

The Marsien comes kitted with two sets of forged aluminium wheels with centre-lock, as well as Michelin Ultra High Performance and All-Terrain tyres.

The full carbon fibre body was designed by Alan Derosier who was the creator of the Porsche 908 design study. Customers can order a fully exposed carbon fibre body, otherwise, it is finished in triple layer Pearl White paint.

Pricing for the conversion starts at €495,000 (around R8.6 million), which excludes the Porsche 911 (992) Turbo S, shipping, options, taxes and duties. Take all that into account and you will see one eye-watering number.

Production is limited to 40 units of which 10 launch edition models already been sold, and more than half of the remaining 30 have been accounted for as well.

Marc Philipp Gemballa Porsche
Share. Facebook Email Twitter LinkedIn WhatsApp Telegram
Previous Article2022 Mercedes-AMG SL To Get Slick Interior
Next Article The Dangers Of Driving A Car And How To Handle An Accident