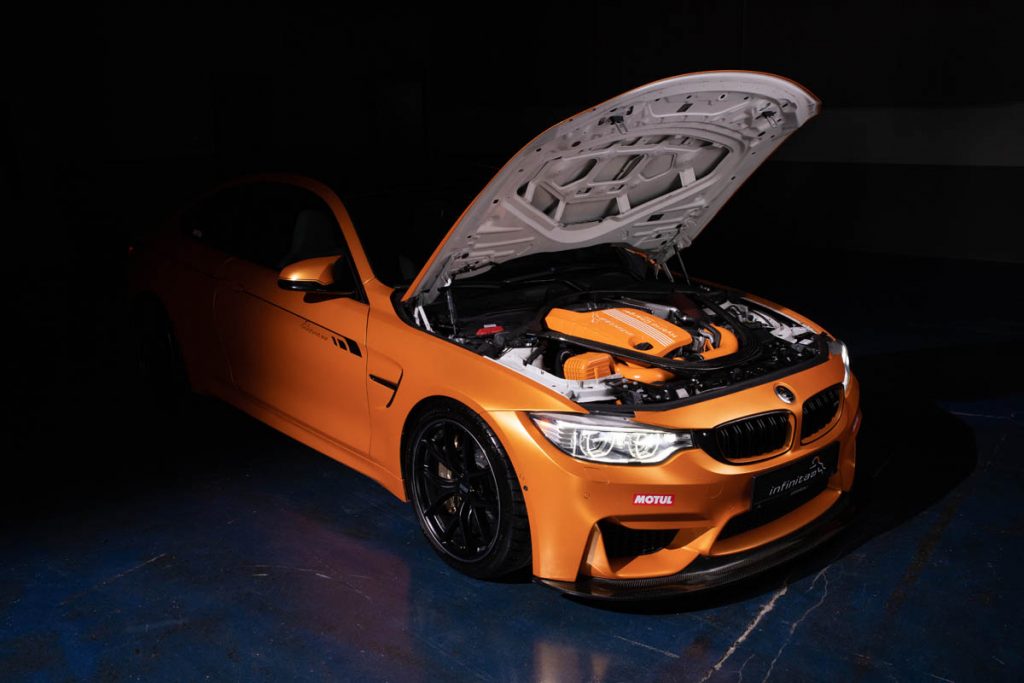 Based in the Upper Bavarian town of Gachenbach, GP infinitas is primarily a specialist in performance upgrades for models from the BMW M catalogue and they have now launched a new Hybrid Charger® system for the famous S55B30 engine.

For those not quite up to scratch, this is the same six-cylinder twin-turbo found in all M3 and M4 models of the F8x series as well as the M2 Competition and M2 CS.

If the stock offering is not enough, infinitas can step in with this new system which now includes a supercharger. It is a cross-pollination between a supercharger and the turbos that are already on the engine. The supercharger acts as a kind of accelerator for the turbos, giving them more boost. That means less turbo lag, more effective torque over a wider rev range and faster throttle response.

The entry-level offering is ready to go and will crank the S55 up to 592 hp (441 kW) and 800 Nm of torque. The kit contains an ASA T6 compressor specially developed for this upgrade, including oil supply via the engine oil circuit. It also comprises an extended belt drive, a new air duct with a sports air filter, large-volume cast aluminium tubes, a die-cast aluminium charge air cooler between the compressor and turbochargers, and a reprogrammed engine control software, including an increase in the Vmax limit. There is also a new water expansion tank and other incidentals and installation accessories. Prices for this SK1 entry-level version of the Hybrid Charger® system start at 6,998 euros plus 2,112 euros for installation costs, including 19% VAT.

As the title suggests, this is not all as they are currently developing four more configurations for the M2, M3 and M4 which will see top speed increase to as much as 330 km/h.

Pricing for the above packages will be available once the development has completed.