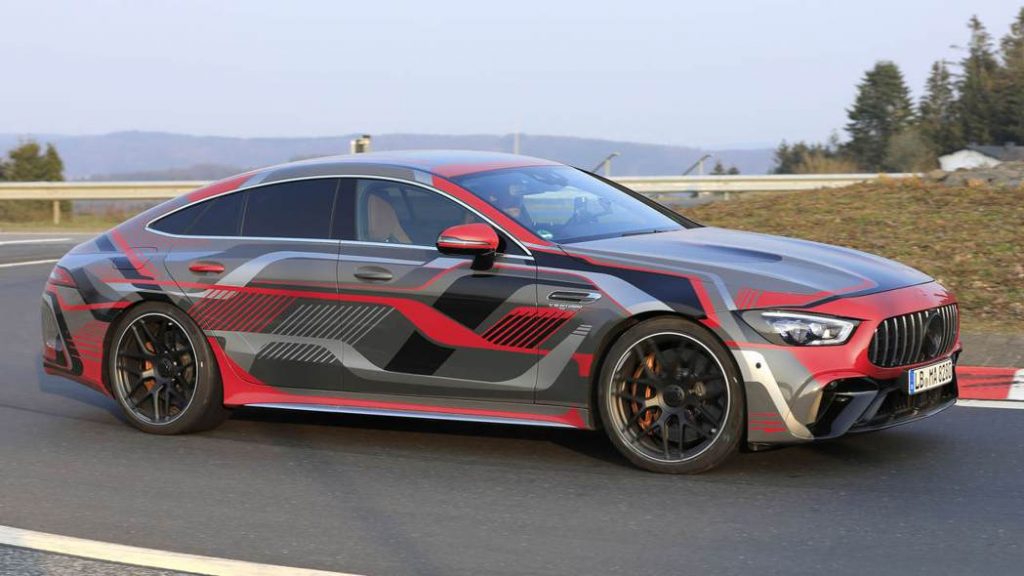 Back in March 2017, Mercedes-AMG revealed the GT Concept to take on the Porsche Panamera and the show car packed an extremely powerful plug-in hybrid setup.

Today the folks from AMG have announced that the production version will be making its official debut on the 1st of September.

They have not been scared of a teaser image or two of the range-topping AMG GT 4-Door Coupe but they have given away very little information. It is rumoured to either get the GT73e badge or even be dubbed the AMG GT63 E-Performance.

This car will be sold under the new “E Performance” banner which will be joined by the next-gen C63 and the AMG One hypercar. Mercedes-AMG has confirmed this new 4-Door coupé will be capable of hitting 60 mph (96 km/h) in under three seconds which is blistering for such a large machine.

The Mercedes-AMG GT 63 S 4-Door coupé is already drastically expensive so we can only imagine what sort of wallet-stinging tag this monster will pack.

Following its world premiere next Wednesday, the new performance PHEV will arrive a few days later at IAA Munich where it will share the spotlight with the fully electric AMG EQS.