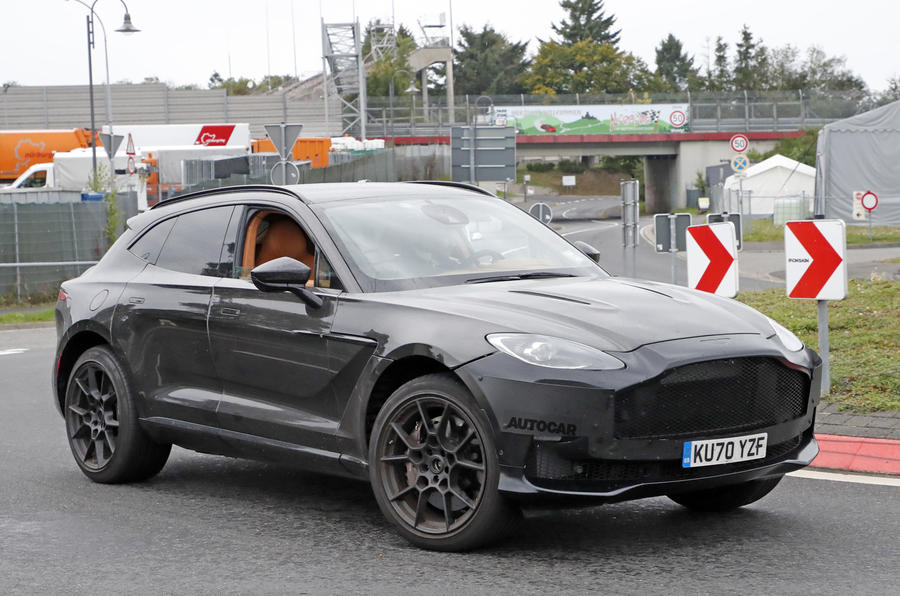 Aston Martin is busy testing a properly powerful version of the DBX set to take on the likes of the radical Porsche Cayenne Turbo GT and we may see it stuffed with an almighty V12 engine.

Recent spy shots from the Nürburgring show a lightly camouflaged prototype being put through its paces. As you can see, it is sporting a new front grille and beefed-up air intakes, but more telling are reports that the car sounded extremely similar to the V12-engined DB11 and DBS.

At this stage, it is thought to be named the DBX S with an estimated market arrival around 2023. The standard car pushes out 542 hp (404 kW) from a twin-turbo 4.0-litre V8 but if the reports are correct, the DBX S will deliver 630 hp (470 kW) which is awfully close to the Cayenne Turbo GT.

Nothing has been confirmed yet so this could all be rumours but we would love to hear some confirmed news of a V12-powered SUV in the near future.

Aston Martin will also apparently seek to offset the substantial cost of developing the DBX by introducing new bodystyles as well as a variety of engines.

Aston Martin
Share. Facebook Email Twitter LinkedIn WhatsApp Telegram
Previous ArticleResponsibilities Of A Commercial Vehicle Owner: All You Need To Know About
Next Article Selling Your Second-hand Car: Making the Most out of Your Vehicle