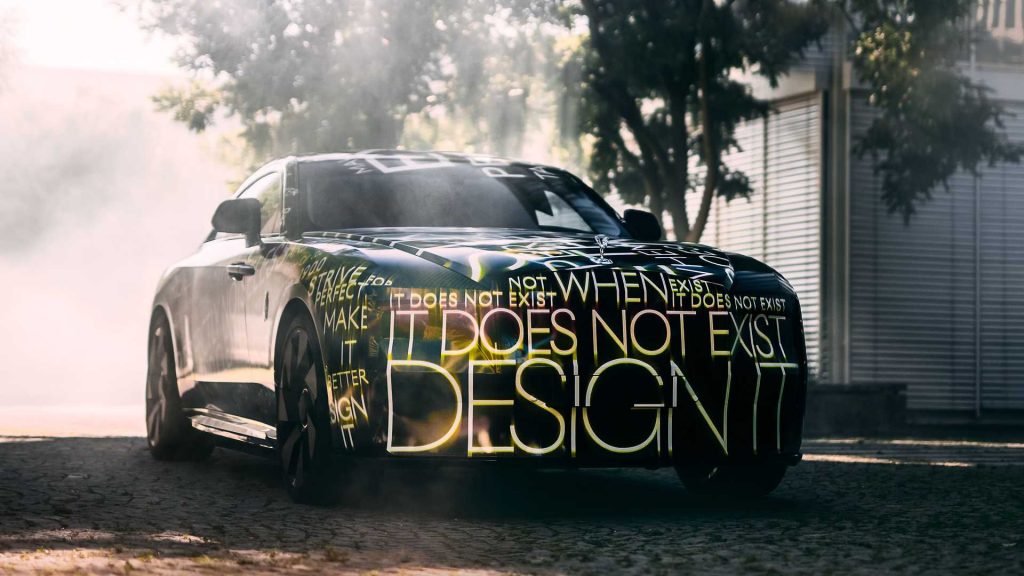 Rolls-Royce started research in electric powertrains buck in 2011 with the reveal of the 102EX. This was a prototype based on the Phantom with a pair of electric motors making a combined 389 hp (290 kW). The dual motors got their power from a 71-kWh battery, which offered 200 km (124 miles) of range between charges.

After this came the 103EX in 2016 which was absolutely massive in size (5.91 meters) and demonstrated to all about the brands’ intention to pursue electrification.

Now we know thanks to this official teaser that the all-electric Rolls-Royce Spectre will come to fruition towards the end of 2023.

Our first look at the teaser shots immediately made us think about the Wraith but according to the British brand, the Spectre is an all-new development. Rather than being based on a BMW platform as was the case with the Wraith, the upcoming electric vehicle rides on the same Architecture of Luxury as the latest Ghost and Phantom.

No details are being shared as of yet but they did inform us that it will undergo a gruelling testing program where they will cover 2.5 million kilometres as a simulation to using the car for as many as 400 years.

Spectre will lead the way for Rolls-Royce’s EV onslaught, with all products going electric by the end of the decade.