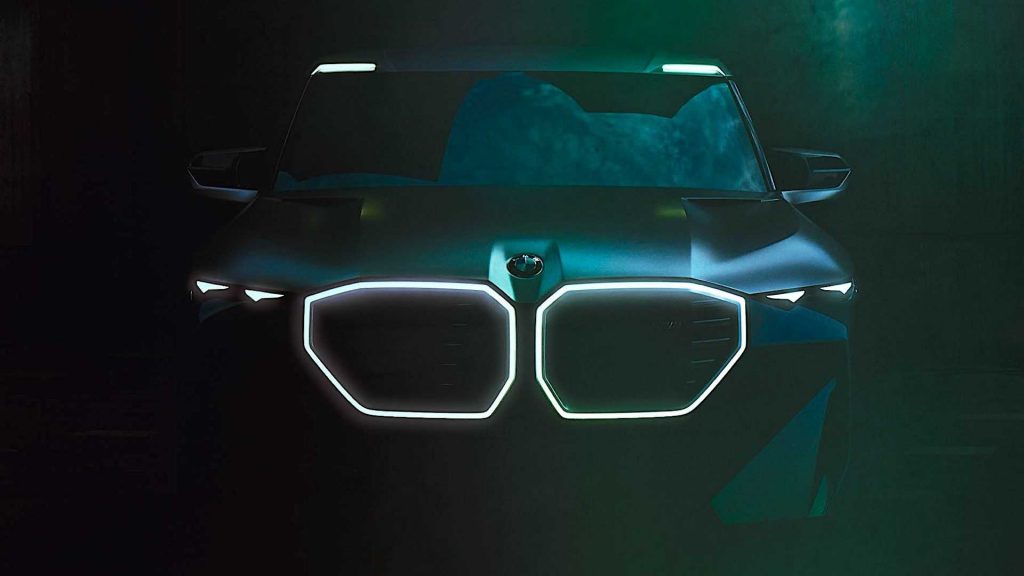 BMW M will soon unwrap an all-new high-performance SUV, which will be the performance division’s first bespoke model since the M1 supercar of 1978.

A newly released teaser (seen above) offers a glimpse of the BMW Concept XM. There aren’t many details, but the tweet describes the vehicle as “high performance,” “electrified,” and “coming soon.”

It is being described as “the most expressive statement in almost 50 years of BMW M” and as you can see showcases a new front end design for BMW’s ‘luxury class’ models, which looks to be centred around an even larger grille than those adorning the X7 and 7 Series.

In production form, the XM reportedly has a twin-turbocharged 4.4-litre V8 with an electric motor adding 200 horsepower (149 kW) for a total output of around 750 hp (559 kW). This would make this substantially more powerful than the M5 CS, which currently heads the M division’s line-up.

A rumour suggests that this concept debuts on November 29. It is allegedly a near-production prototype of what’s going on sale, which fits what we are seeing in this teaser in comparison to the spy shots.

Previously, the new flagship was thought to take the X8 M moniker into production, but BMW has confirmed that the concept will take the name XM – making it the first BMW to not have a number in its name since the Isetta bubble car and Neue Klasse saloons of the 1950s and 1960s.