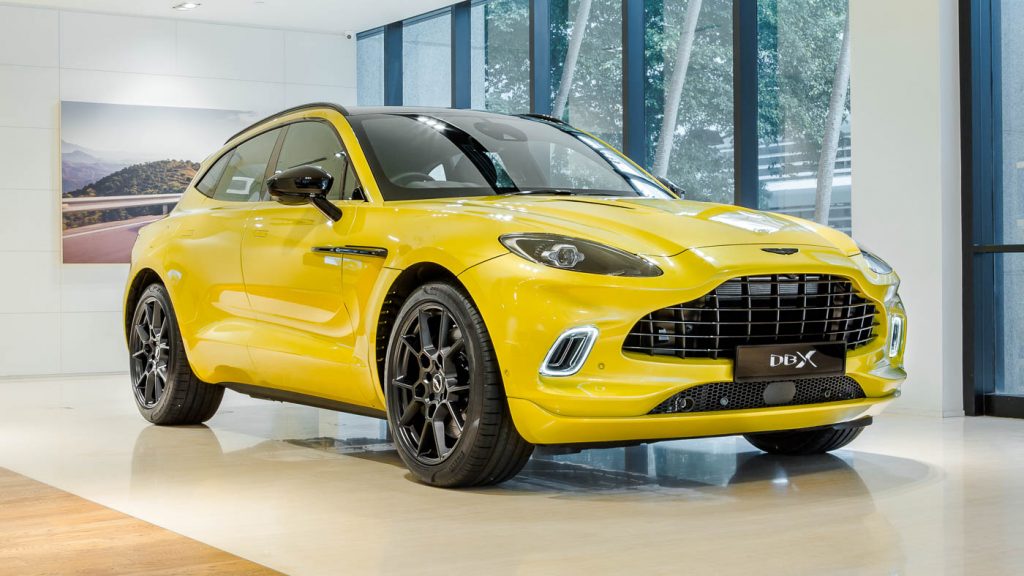 Sure Aston Martin was rather late to the SUV party but it’s clearly a better late than never as their DBX is already proving to be a big success for the Gaydon-based manufacturer.

Not only is it at the top of the sales charts but demand is so high, that it is surpassing all the other models combined.

Their Q3 results are out and these show Aston Martin delivered a total of 2,186 DBX SUVs between January and September. In this interval, the other products generated sales of 2,064 units.

The results show that the British carmaker splits its lineup into Sport, GT, SUV, Other, and Specials categories. Sport includes the Vantage, GT the DB11 and DBS, Other the previous-gen models, while Specials are the limited-run exclusive cars.

Aston has sold 4,250 cars this year which means volume and revenue are both up by a whopping 173 percent compared to the same period of last year.

The momentum is now their goal and it should keep performing as there are rumours of a hotter DBX as well as a mild-hybrid and even a more potent plug-in hybrid.

We have seen this trend with Lamborghini and the Urus, Bentley and the Bentayga and Rolls-Royce and the Cullinan so we can only assume that when Ferrari show us their Purosangue next year, it will more than likely eclipse all the other prancing horses in terms of volume.