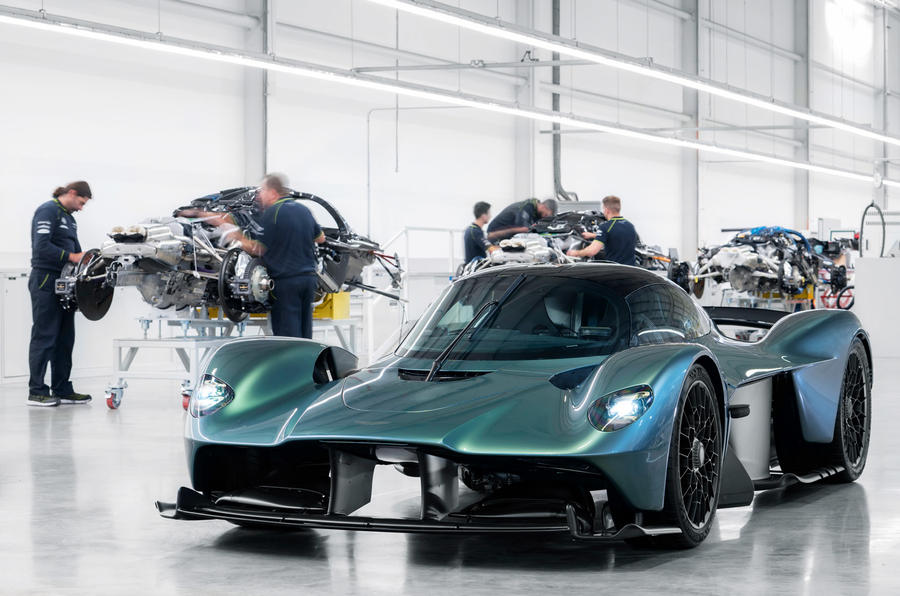 Aston Martin CEO Tobias Moers said he was confident that his brand would “get to the finish line by the second half of this year.” His prediction was correct: the car is now in production, with customer deliveries of the first of the 150 road cars planned to take place in the next few weeks.

Moers said: “It is an immensely proud moment for us to complete our first-ever hypercar. The Aston Martin Valkyrie programme has tested everyone who has worked on it to the limit but the commitment to the dream has produced a truly incredible car, an F1 car for the road. The Valkyrie is born out of the steadfast dedication of a large group of highly skilled engineers and technicians who have worked tirelessly to get Valkyrie to the production stage. I’m sure our customers will be delighted with what they have achieved.”

Believe it or not, we first saw the Valkyrie back in 2016 when it was called the AMRB-001 concept but now their ultimate road car is ready to wake up streets around the world with its 1,000 hp 6.5-litre naturally-aspirated Cosworth V12 that revs to a whopping 11,000 rpm.

The other versions of Valkyrie are also on the way including the 40 units of the track-only AMR Pro and the Valkyrie Spider.