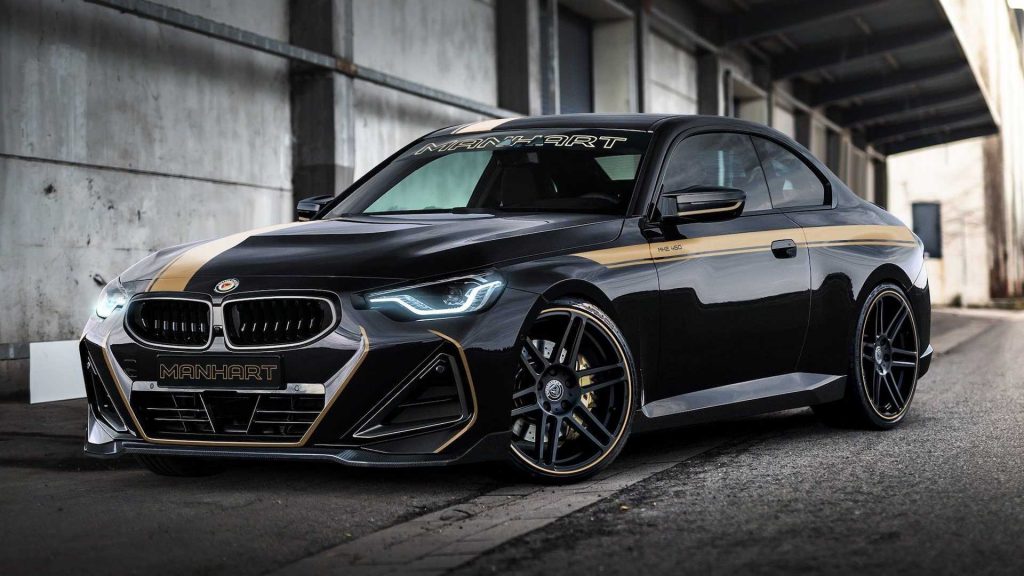 Sure the new BMW M240i sports a rather controversial design but be that as it may, it is still the hottest 2 Series available until the new M2 is uncovered so it needs to prove its worth.

Thanks to the MHtronik Powerbox tuning and stainless steel exhaust system the 2er now pushes out 444 hp (327 kW) and 650 Nm (479 lb-ft) of torque. This nearly packs more punch than the BMW M4 but does pack the same torque as the more potent M4 Competition.

The tuner will also offer your little Beemer a new lowering spring kit, an exhaust with a controlled flap and if you want to make it louder, you can opt for the stainless steel OPF-Delete replacement pipes, OPF/GPF deleter, downpipe race without catalytic converter, and a downpipe sport with 200 cell catalytic converter.

Visually we get the menacing black and gold theme with some 20-inch Concave One rims and a bunch of carbon fibre components to improve the styling and presence of the coupe.