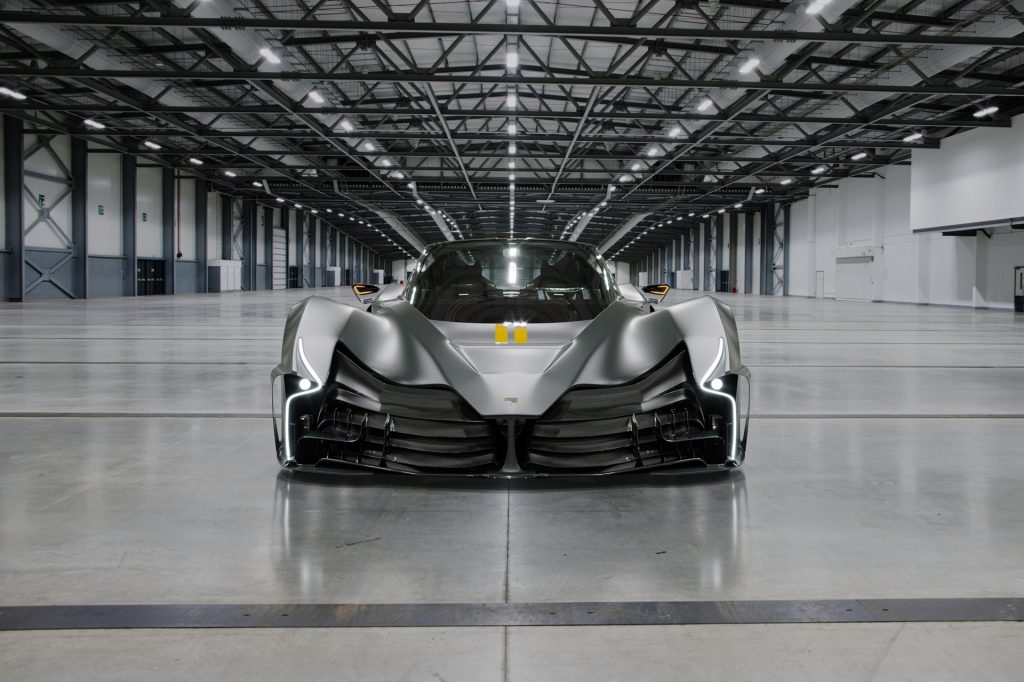 Earlier in October, we got our first glimpse at the worlds first Ultracar and now we have the official release from the newly established company behind it.

Spyros Panopoulos Automotive (SP Automotive) based in Athens, Greece, has released photos of their first model which is called Chaos and to some rather insane claims have been made. They are wanting to break some serious production car records including the fastest Nurburgring lap, quickest quarter-mile and even highest top speed.

The official website has confirmed the Chaos will be powered by a twin-turbo 4.0-litre V10 which will send power to all four wheels via a dual-clutch transmission with seven or eight gears. The V10 will be available in two power levels and makes use of the latest technology and materials. Learn more about this on the official website.

Top speed is said to be in excess of 500 km/h which would make it faster than the SSC Tuatara as well as the Bugatti Chiron Super Sport 300+.

Inside you will find a minimalistic two-seater cabin with a yoke-type steering wheel with an integrated touchscreen.

The company is planning on producing just 20 units of Chaos for each continent with the model being exclusively distributed by Sotheby’s. According to CarScoops, the first unit has already been sold and will be delivered early next year.

We will only know if these claims are real once it becomes a reality in the coming months. SP Automotive said it will also provide the car to BBC’s Top Gear television show for its first independent review. As for the record-breaking attempts, those are said to happen sometime in 2022 and 2023.