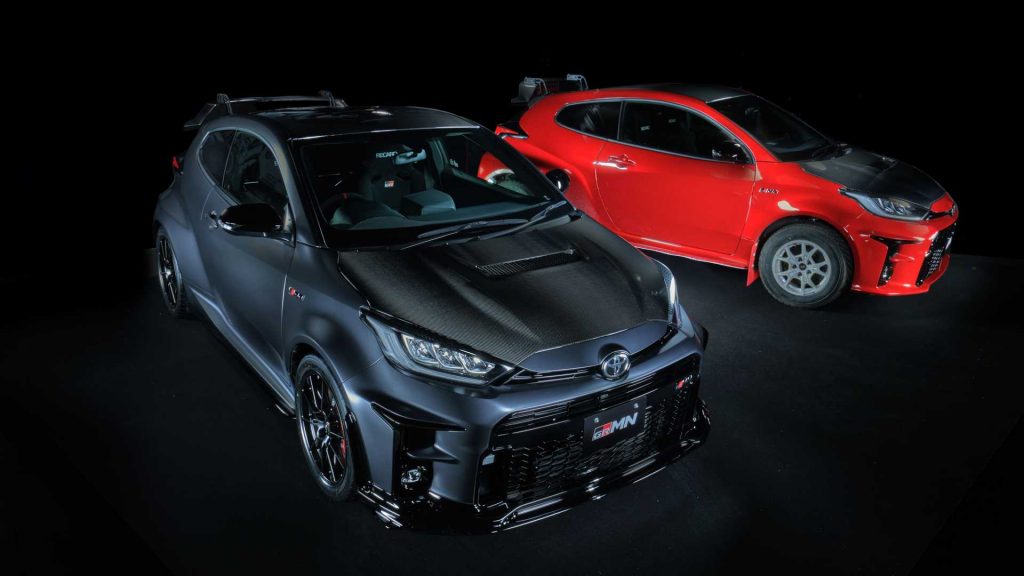 We knew Toyota was working on something a little more hardcore than the ‘regular’ GR Yaris and now we know that it is called the GRMN.

As you would expect, this model is lighter, stiffer and sharper but sadly the 1.6-litre turbocharged 3-cylinder did not get any power hike.

There are some aesthetic tweaks to make sure people know it is not the normal offering but if you opt for the Circuit Package, things are quite obvious.

Toyota claims the GRMN is 20 kg (44 pounds) lighter which is thanks to carbon fibre being used for the hood, roof, and rear spoiler. The rear seats have been removed to save weight and incorporate a partial roll cage, while racing-style Recaro sports seats come standard in the front. To make the little car stiffer and sharper, there are more spot welds compared to the GR Yaris and it is also around a half-inch wider, a half-inch lower, and it features a six-speed manual with closer gear ratios. A mechanical limited-slip differential is also in the mix.

Add in the Circuit Package and you get suspension with adjustable Bilstein shocks, bigger brakes, special 18-inch wheels as well as some side skirts, a lip spoiler and that large carbon rear wing. Only 50 of these packages will be offered for sale so, by the time you have read this, they are probably all spoken for.

Just 500 units of the GRMN will be built all destined for Japan but at some stage, Toyota will also offer at least some of the GMRN Yaris upgrades separately to GR Yaris owners.