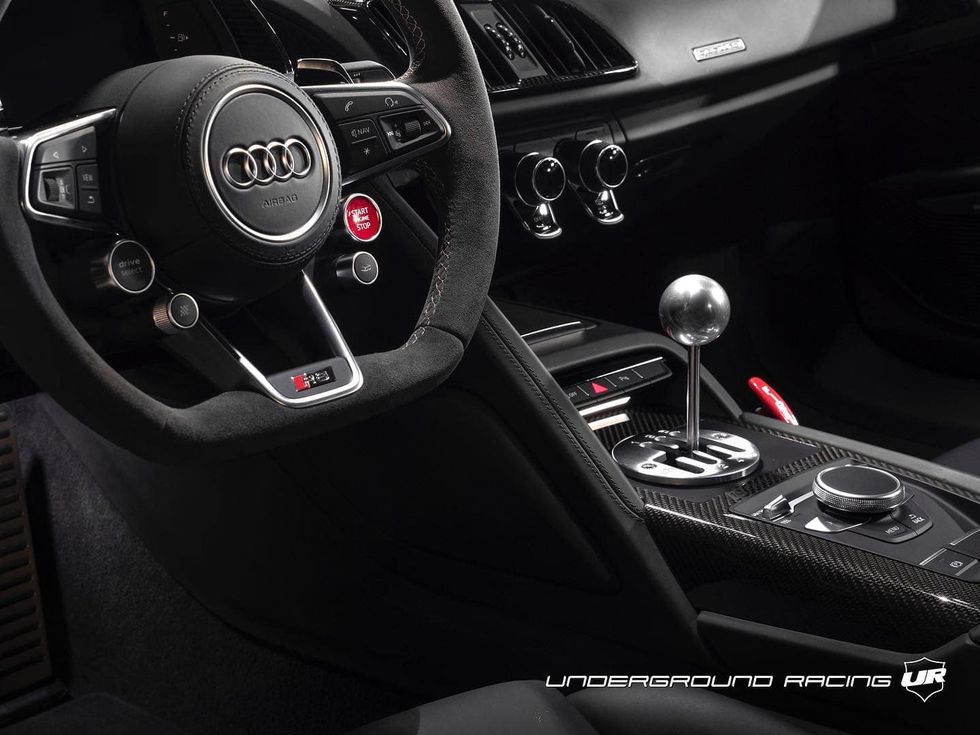 The first-gen Audi R8 was offered with a gated manual transmission as an option but the current offering has done away with the third pedal giving buyers just one option, the seven-speed dual-clutch box.

If you feel like doing the work yourself in your new R8, not all hope is lost as Underground Racing has revealed a new customer car not only packing its signature twin-turbo upgrade but also a sleek manual transmission.

Judging by the photos, it seems they did an excellent job and despite not being designed by the factory to accept a shift lever, the cabin’s centre console looks totally OEM thanks to Underground Racing’s engineering. The factory all-wheel-drive system has been retained, according to the tuner, and thanks to a street-friendly clutch, it still feels nice to drive.

Underground Racing informed Road and Track that the transmission was sourced from an older 2012 model year R8. The tuner needed to fabricate a bunch of custom parts in order to make the gearbox fit and spent a lot of time to ensure all of the electronics would work together to make sure the car drives like stock.

Pricing for this swap will be released soon but there is a catch. If you want the third pedal set up, you have to get an Underground Racing twin-turbo kit too which start at $49,000.

Audi Underground Racing
Share. Facebook Email Twitter LinkedIn WhatsApp Telegram
Previous ArticleDad Of The Year Crafts Rolls-Royce Boat Tail Out Of Wood For His Son
Next Article Mercedes Could Be Killing Off All Wagons by 2030