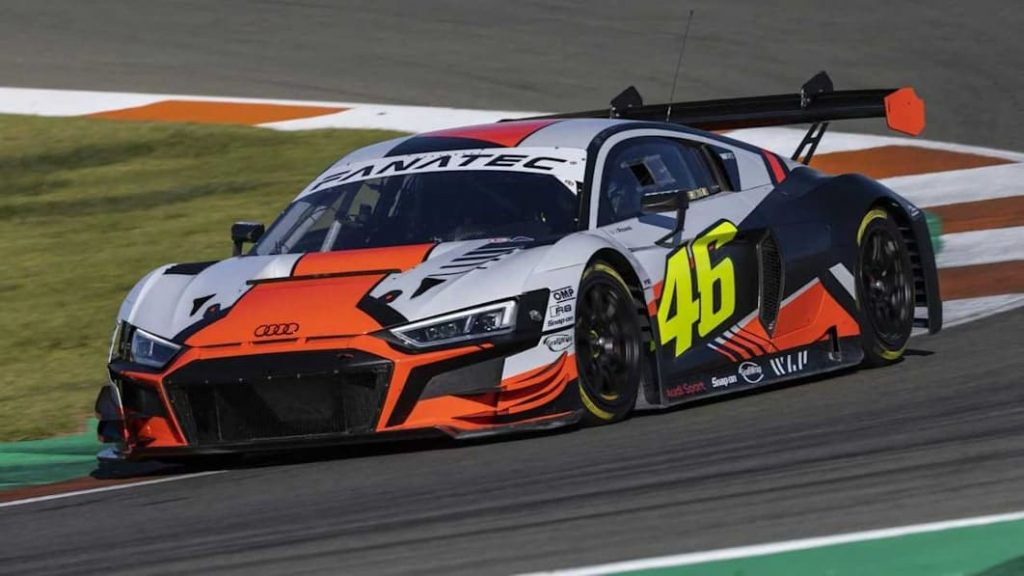 Valentino Rossi may have hung up his MotoGP boots but that clearly does not mean he is no longer looking for that racing thrill.

His weapon will come with two additional wheels and be one of the best in the field, the Audi R8 LMS GT3. The Belgian team has won the GT World Challenge four times in the past eight years and Rossi will be one of two drivers trying to take the win ratio to five times in nine. WRT hasn’t announced who will partner the MotoGP legend.

The man himself had the following to say in a post on social media, “I am delighted to join Team WRT for a full Fanatec GT World Challenge Europe powered by AWS programme. Everybody knows that I have always been a great car racing fan and that I have always been interested in racing on four wheels once my MotoGP career would come to an end. Now I am completely available to devote myself to a car racing programme at a high level and with the right professional approach. Team WRT is the perfect fit I was looking for and I am anxious to start this new adventure in the Fanatec GT World Challenge Europe powered by AWS with them.”

Rossi has spent a bit of time piloting four wheels in the past. Back in 2006, he hopped in a Ferrari F1 car for three days and managed to post a time just half a second slower than Michael Schumacher’s best time. He has also had a go at Rallying, some more Formula 1 seat time and even a NASCAR.

The 2022 GT World Challenge season begins with testing on March 8 at Circuit Paul Ricard in France. The first race takes place in his home country at Imola on the 1st of April.