This model is being considered at a high level.
By Zero2TurboMarch 18, 2022Updated:March 18, 2022No Comments
Facebook Email Twitter LinkedIn Telegram WhatsApp 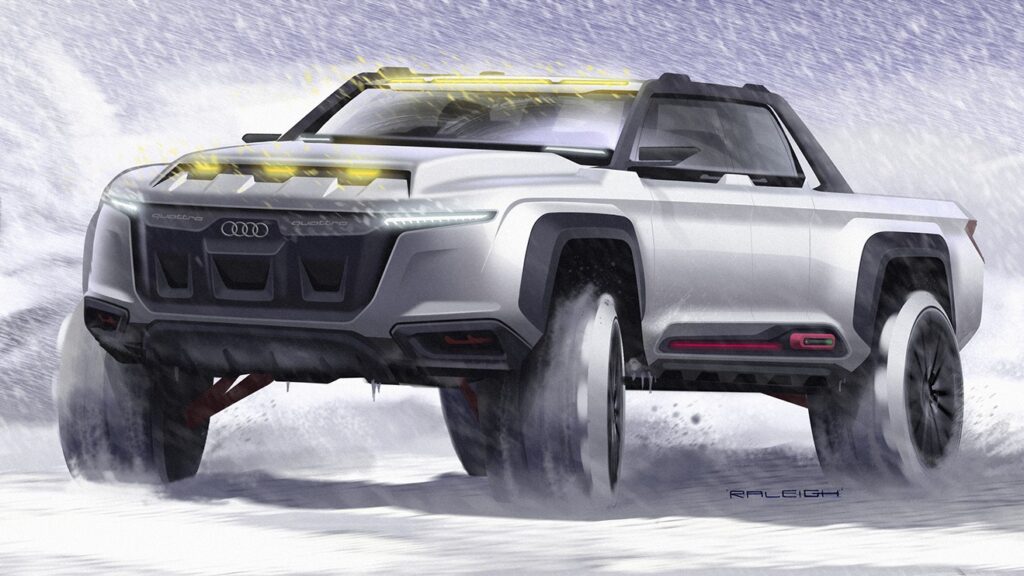 We could see the four-ring brand bring a pickup truck (bakkie) to the market to rival higher-spec versions of the Toyota Hilux and Ford Ranger.

This model is being considered at a high level says Autocar.

German brand’s CEO Markus Duesmann, who, when asked if an Audi pick-up was a possibility, said: “I can’t promise that we will do one, but we are looking into it.”

Duesmann was talking to reporters alongside the CEOs of each of the other three Audi Group brands (Bentley, Lamborghini and Ducati) ahead of the group’s annual earnings report.

After this Duesmann comment, Bentley CEO joked about having one in the Bentley portfolio.

Audi did not give up much more information but did say: “Actually, we will present – not too far from now – maybe something”, hinting at the possibility for an imminent concept unveiling or an official confirmation of the model.

Could they potentially take advantage of Volkswagen’s partnership with Ford for the underpinnings supporting the new Amarok and Ranger? Only time will tell.