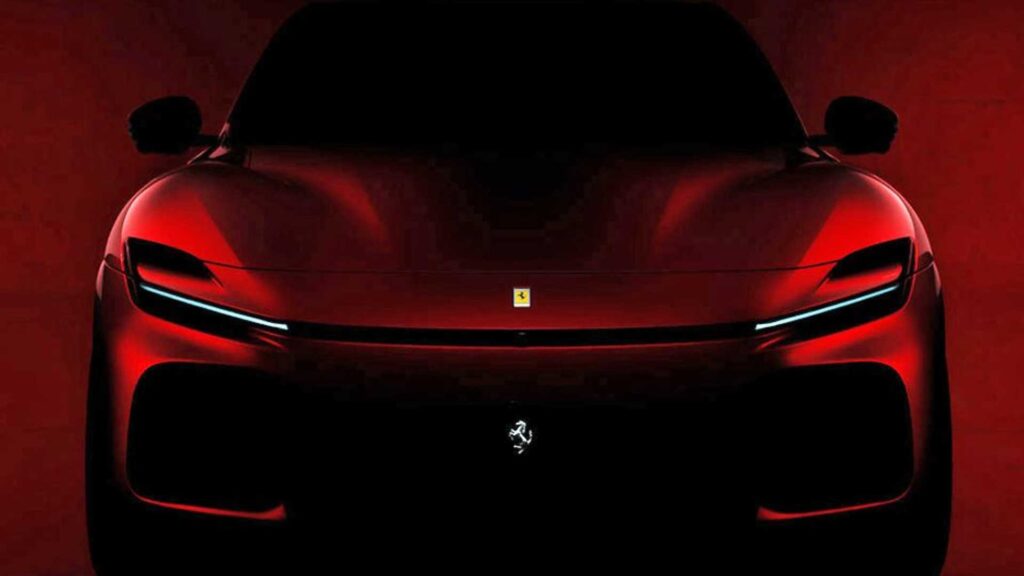 This has quite literally been years in the making but we now have our first official glimpse of the upcoming Ferrari SUV called the Purosangue.

Naturally, the teaser photo from Ferrari was more shadow than light but crank the light level up a bit on the image and you get what you see above. A pretty clear shot of the front end of the hugely-talked about prancing horse.

We have already seen the car almost fully revealed in what looks like a production line leaked image (see tweets below) and it looks identical to the teaser we are seeing from Ferrari themselves so that settles that.

With Ferrari now offering a surprisingly revealing teaser, one can assume those camo covers will come off sooner rather than later. In any case, the first Ferrari SUV arrives this year.