We cannot confirm 100% that it is a legitimate leak.
By Zero2TurboMarch 24, 2022Updated:March 24, 2022No Comments
Facebook Email Twitter LinkedIn Telegram WhatsApp 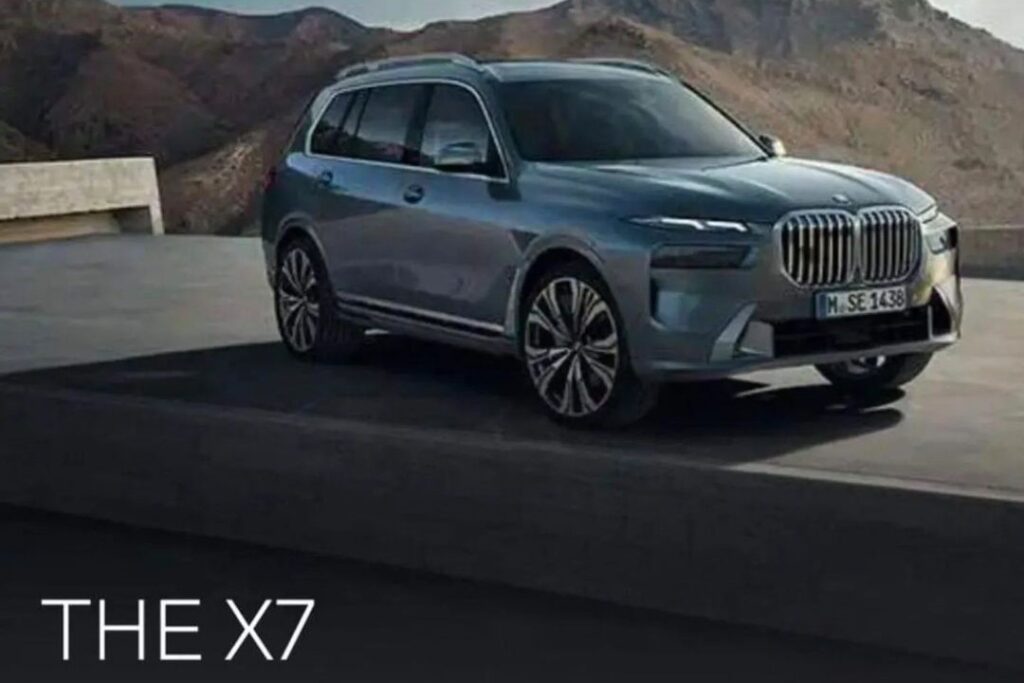 We know the X7 is getting a refresh very soon as camouflaged prototypes have been spotted testing for well over a year but now we get our first look at the controversial split headlight design thanks to another leak on Instagram.

We knew that the high-end BMW models (X7, 7 Series, and XM) would be getting a new front end design language that will consist of big kidney grilles and split headlights but this is the first time we are seeing the new design language, without camouflage.

We cannot confirm 100% that it is a legitimate leak but it does look rather official and perhaps comes straight from the press release pack.

This new design consists of two different halves, an upper and a lower. The upper half is slim, with two upside-down hockey stick LEDs that semi-resemble the iconic BMW dual halo design. Judging by how slim the upper halves are, and how small their LEDs are, I’m assuming they’re daytime running lights. The lower half is thicker and larger, likely housing the main beam and high beam lights.

The grille looks to be mostly the same as the pre-LCI X7, though the front bumper is changed, with different air intakes. This specific BMW X7 also seems to have new wheels, which we haven’t seen on any other X7 before.

If this is indeed a leaked press image of the 2023 X7, it could point to a reveal being very close.