It is very sad to see such an epic car live such a short life.
By Zero2TurboMarch 8, 2022Updated:March 8, 2022No Comments
Facebook Email Twitter LinkedIn Telegram WhatsApp 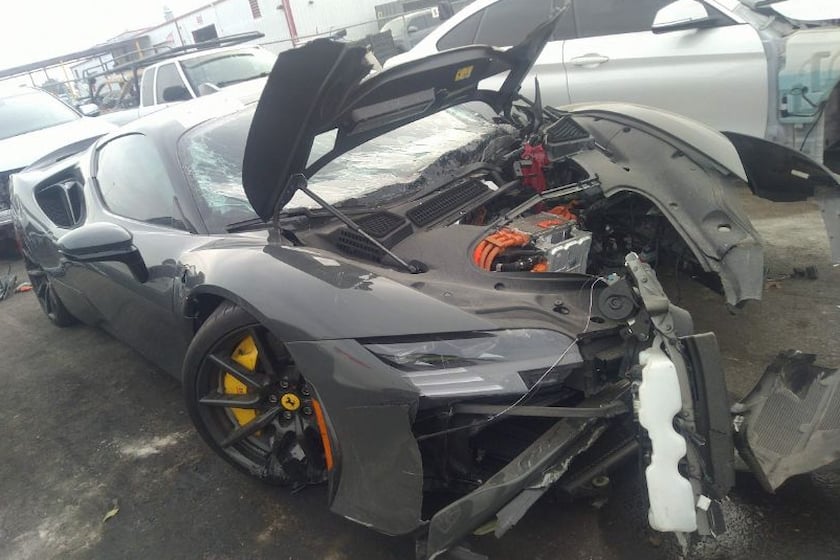 The Ferrari SF90 Stradale starts from around R10,6m which makes it what we call rather expensive.

One unit, in particular, lived a very short life after being completely destroyed in a crash with just 180 miles (290 km) on the odometer.

As is typically the case with online listings like this, no details have been made about what kind of crash the Ferrari was involved in to end up in this sorry state but it was clearly quite severe.

The front end clearly took the impact which was heavy enough to rip a part of the front away from the car exposing the cooling and high-voltage electrical systems.

The damage continues down the side of the car all the way to a badly dented rear quarter panel. We can only assume that the impact caused the car to spin and end up making contact with more parts of the Ferrari.

The listing on IAAI states it has a value of $1.034 million which is probably fairly accurate as we can see it sports the very expensive option known as the Assetto Fiorano Package.

Surely with this level of damage, there is no one brave enough to bid on it? Perhaps someone wants to build a stripped out SF90 race car or use the parts like the twin-turbo 4.0-litre V8 either way it is very sad to see such an epic car live such a short life.