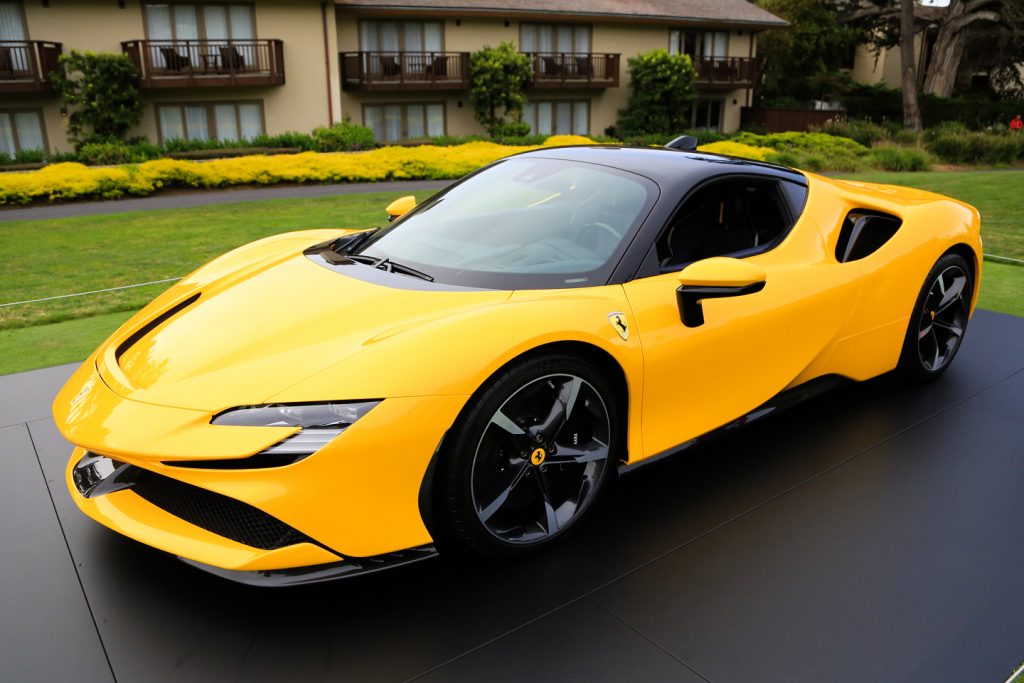 We attended the launch of the new Ferrari F8 Spider last week where we obtained some new information on their first mass-produced hybrid supercar, the SF90 Stradale.

It packs 986 horsepower (735 kW) from a twin-turbo V8 augmented by three electric motors, and it establishes itself as Ferrari’s new pinnacle. If you recall, this is the first time a V8 has occupied the top of the Ferrari lineup since the iconic F40.

South Africans seem to be loving this new prancing horse as around 25 units have been ordered already, each with a base price of R10.6 million. This price will quickly inflate with additions such as the Assetto Fiorano package which is a more track-focused set up with more carbon fibre to make it 30 kg lighter than the standard configuration.

Not only is it their most powerful road-going offering ever, but it is also their first mid-engine Ferrari supercar with all-wheel drive, and the SF90 Stradale uses all that traction for major acceleration. Ferrari promises the car will do 0 to 100 km/h (62 mph) in 2.5 seconds and 0 to 200 km/h (124 mph) in just 6.7 seconds.

Sending all this power to the wheels is an all-new eight-speed dual-clutch transmission. The additional gear makes up, in part, for the relatively low red-line of the updated V8 engine but it does not have a reverse gear so you will be backing up using the front-wheel electric motors.

The first unit(s) should arrive in SA by the end of the year.