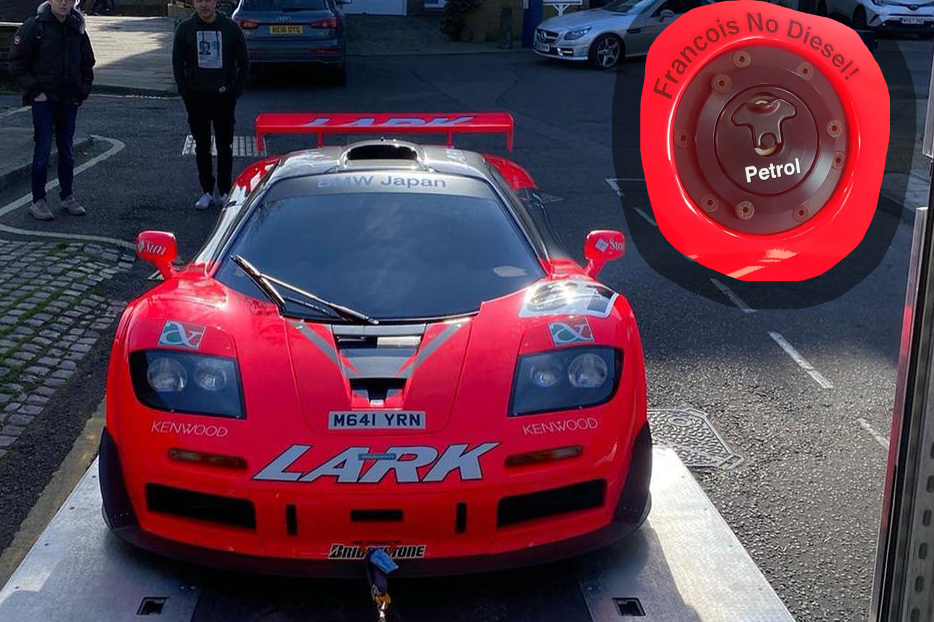 Amateur racing driver François Perrodo has access to a lot of extremely cool cars one of which is the insane No. 61 Lark McLaren F1 GTR.

Recently he took the bright and bold multi-million-dollar machine for a Sunday drive with some friends and made the error of all errors.

As you know, the McLaren F1 GTR is a relatively old car and Perrodo learnt this the hard way after filling the car up with diesel.

He decided to share his mistake on social media for everyone to see and explain how it happened.

Check out the two posts below.