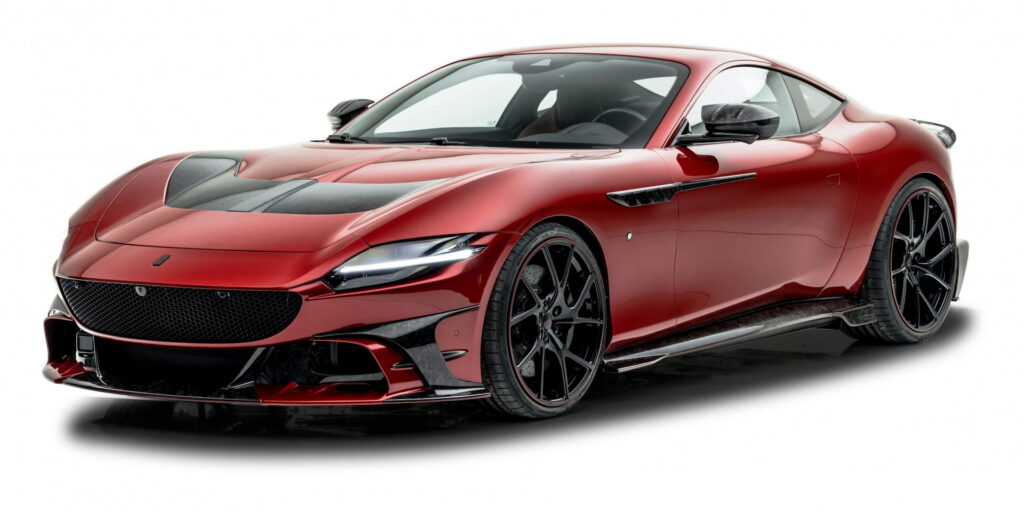 Ferrari took the covers off the fairly controversial Roma in 2019 positioning the two-door coupe as an entry-level grand tourer-style supercar for a more discerning daily driver.

Now Mansory has stepped in to combine its world with the ‘relaxed’ Ferrari for something rather wild.

The ‘Soft Kit’ includes a plethora of carbon fibre components such as a new carbon fibre front hood, a redesigned front end with carbon canards, sides with prominent side skirts and carbon slats in the fenders and doors.

There are also new wing mirrors, a completely revised rear end that comprises a new lip spoiler and a huge F1-inspired rear diffuser housing a brake light in the middle alongside cannon-like quad tailpipes.

The car has the performance to match its looks too as the twin-turbo 3.9-litre V8 has been upgraded to push out 700 hp (522 kW) and 865 Nm (638 lb-ft) of torque. Mansory didn’t go into specifics but we guess the power bump is a result of an ECU upgrade and a new exhaust.

Inside you will find the Mansory logo on the steering wheel, new leather upholstery in red with black accents, plus carbon-fibre side sills with red Mansory lettering.