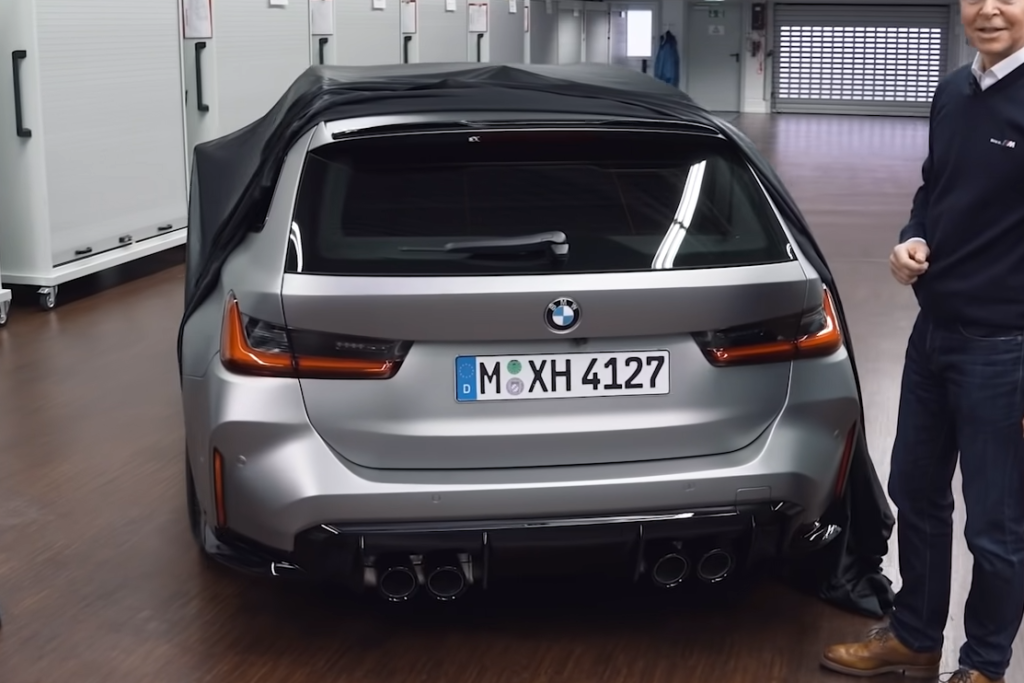 As we wait for the official reveal of the first-ever production BMW M3 station wagon BMW M has decided to give us a little look at the most important part of the car, the rear.

The clip below appears to be the first in a series that, in theory, leads to the reveal of the 2023 BMW M3 Touring.

The focus of the first clip is the gorgeous E46 M3 Touring concept which some of you may not have even known about. It’s the only one made, sporting some subtle body tweaks to make the standard wagon body parts mesh properly with sporty M3 lines.

There was serious interest in an M3 Touring back then but the top brass at BMW decided that the investment would be too much.

Things have now changed and the M3 Touring is coming to life.

As you will see in the clip below (and image above), they pay particular attention to the subtle roof spoiler. The video says it’s a 3D-printed item that gives the car “the final kick.”

Helping on that kick will be the 503 hp (375 kW) version of the M3’s twin-turbo inline-six engine. We expect that will be the standard-issue powertrain, featuring the company’s xDrive all-wheel-drive setup with the eight-speed automatic gearbox.