There seem to be some minor tweaks upfront.
By Zero2TurboMarch 22, 2022Updated:March 22, 2022No Comments
Facebook Email Twitter LinkedIn Telegram WhatsApp 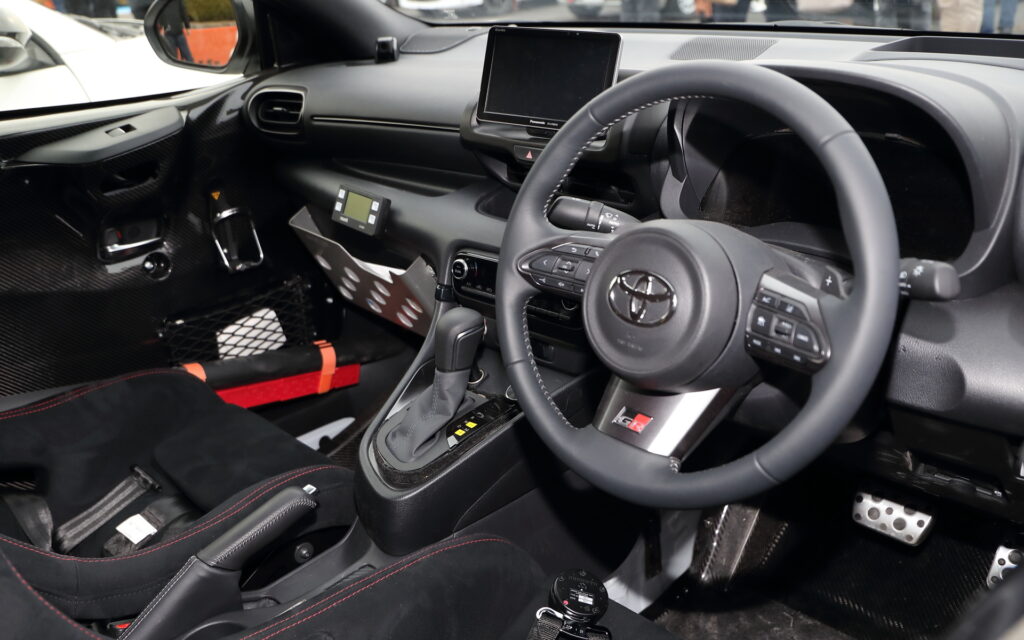 The Toyota GR Yaris has been an absolute smash hit and that is in most part because it can hold its own against meaner more powerful opposition but also because of the purist focus.

Three pedals six-speed ‘stick shift’ has attracted thousands of buyers but maybe there are some who want the convenience of an automatic box. We have good news for you as Toyota is currently developing an 8-speed slushbox for the GR Yaris, and it has already made a public appearance at the Toyota Gazoo Rally Racing Challenge held recently in Japan.

Car Watch from Japan saw the car for themselves and snapped a few shots including the one above and below and there seem to be some minor tweaks upfront to allow additional airflow to the auto gearbox oil cooler.

The gearbox is a conventional torque converter automatic but if you want to ‘change gears yourself’, there is a manual mode with the addition of paddles shifters behind the steering wheel.

Toyota has said this is not to improve fuel efficiency but rather give drivers sporty quicker drives.

Despite being in development, this isn’t a confirmation that the production model will get the AT gearbox.