It sports a retractable hardtop that can be opened and closed in 14 seconds.
By Zero2TurboApril 19, 2022Updated:April 19, 2022No Comments
Facebook Email Twitter LinkedIn Telegram WhatsApp 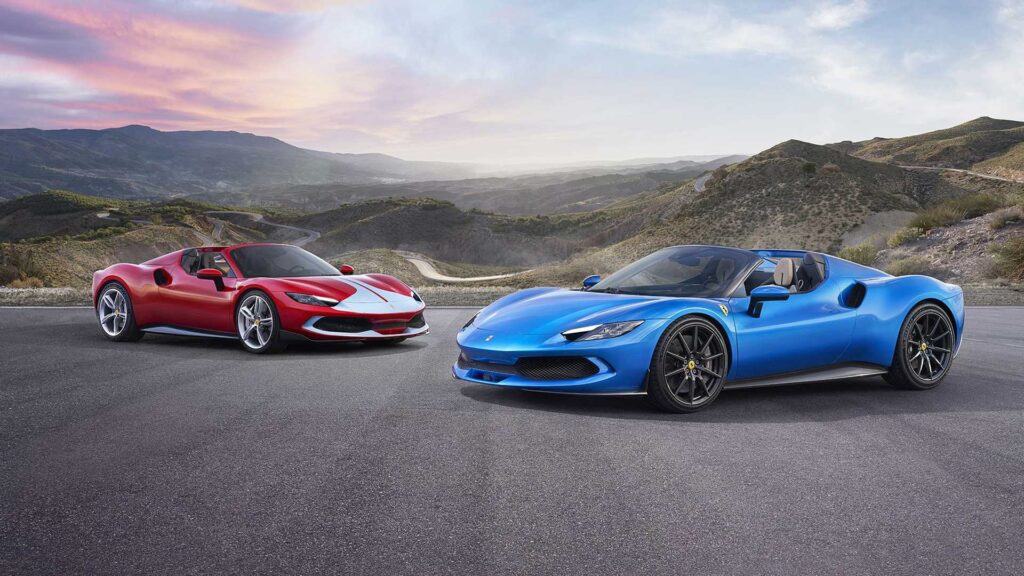 Last year Ferrari showed us the V6-powered 296 GTB and now we are getting a drop-top version aptly called the 296 GTS (Gran Turismo Spider).

It sports a retractable hardtop that can be opened and closed in 14 seconds while travelling at speeds of up to 45 km/h (30 mph). Press the button to lower the top and the roof will split into two sections that fold flush over the engine bay.

How much weight does this gain over its coupe sibling? If fitted with the optional Assetto Fiorano package, you are looking at an increase of 70 kg (154 lb).

Much like the version with the fixed roof, the new 296 GTS has an all-electric driving range of 25 km (15.5 miles) courtesy of a 7.45-kWh battery pack. As with the coupe, the mid-engined Cabrio uses the same dual-clutch, eight-speed automatic transmission installed in the SF90 Stradale / Spider as well as the Roma / Portofino.

The 296 GTS is not the only debut planned for this year by Ferrari as in just a few short months, the wraps will finally come off the Purosangue SUV.

Blu Le Mans Ferrari 812 Competizione Looks Out Of This World