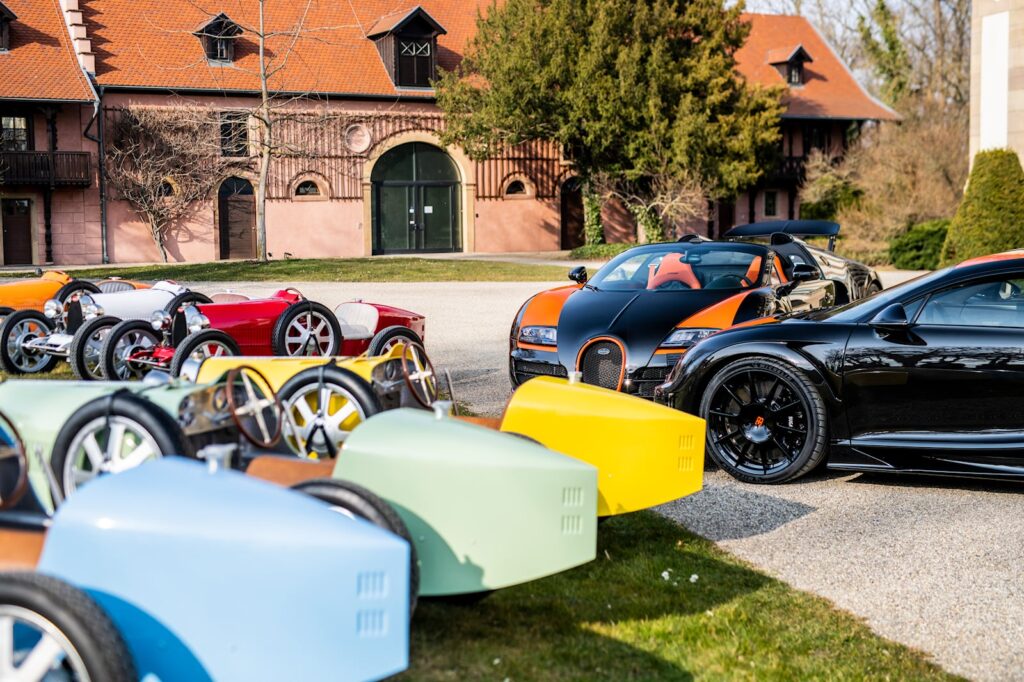 Seeing a Bugatti is something special and owning one is even more so but what if you are in a whole new league and take delivery of eight of them at the same time.

This delivery procedure is called the “The Molsheim Experience” and allows the wealthy customers to really understand and dig deep into the history of the brand.

The owner of these cars flew all six of his kids to the event to explore the Atelier and tour the immaculate Bugatti grounds and exclusive museum.

Obviously, the two heavy-hitters of the delivery were the two full-size vehicles but the owner did not want his children to feel left out so each one took delivery of a custom made Bugatti Baby II.

Sure the Baby IIs are not as expensive as the real deal but the base price for each sits at €30,000 and we are willing to bet, that these are the Pur Sang edition variants with their hand-formed Aluminium body coming in at a staggering €58,500 (approx. R 1 million).