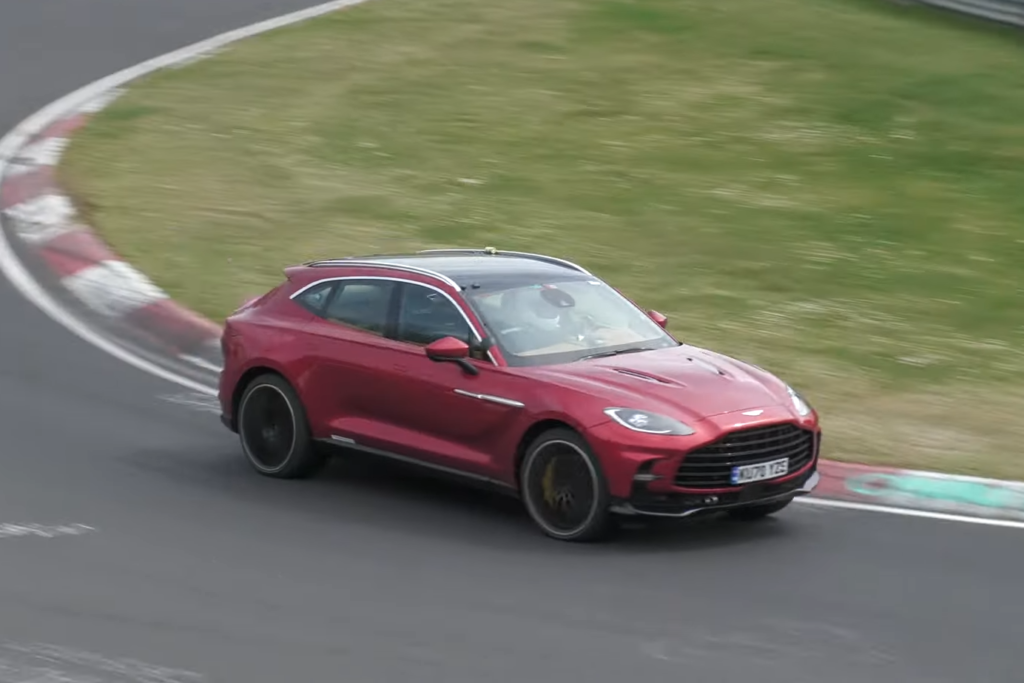 Aston Martin revealed the DBX707 as the fastest luxury SUV in the world but what about its track capabilities?

Currently, the production SUV lap record is held by the Porsche Cayenne Turbo GT which ran a time of 7:38.925in the middle of 2021.

It seems Aston Martin wants to grab this title from them as the automaker’s CEO, Tobias Moers, has promised to make an attempt on the lap record for SUVs at the Nürburgring.

New footage seen below shows a red example being pushed extremely hard at the infamous circuit which could mean they are preparing for this record attempt.

Moers said at the DBX707’s launch in February that the SUV is already close to matching the Porsche’s time on regular Pirelli P Zero tyres and not the stickier Pirelli P Zero Corsa tyres the Porsche is fitted with. New tyres could be what this latest round of testing at the ‘Ring is for but as always, time will tell.