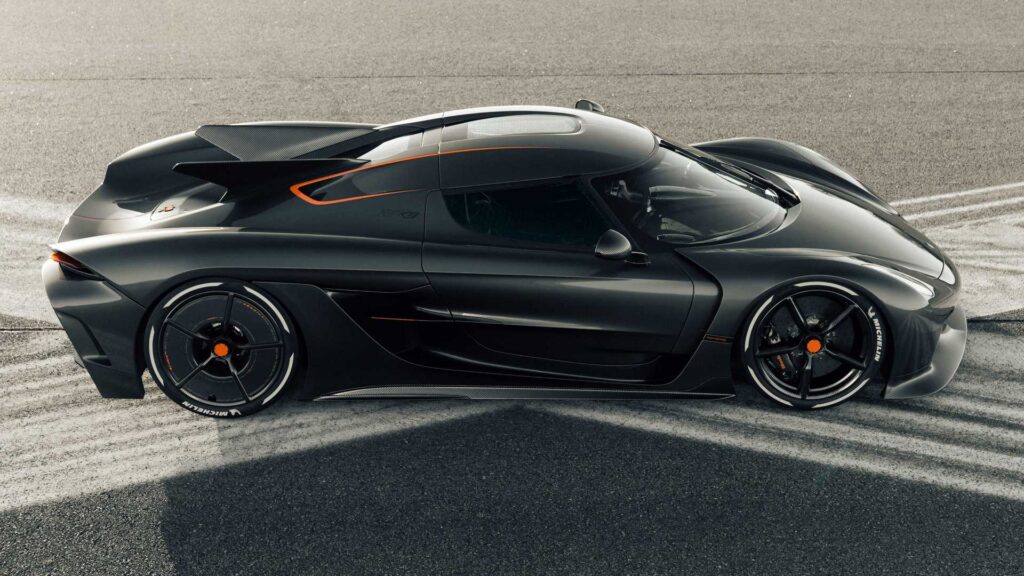 Koenigsegg has finally showing us the brother of the Jesko Attack, the wingless and ultimately refined Absolut. These images show the first pre-production Jesko Absolut, wearing a Graphite Grey exterior paint job accented with Tane Orange Pearl striping and it will be the lead test car for the Jesko Absolut program.

“The Absolut feels very natural to drive. Because of its seamless shifting, whether up or down, everything just happens much faster,” said Koenigsegg Test Driver Markus Lundh. “There are no delays, it is very responsive and behaves exactly the way you would want it to. We spent thousands of hours in CFD calculations. We’ve streamlined this car from not just an aerodynamic and design perspective, but also from a high-speed stability perspective. As a result, the Jesko Absolut has a phenomenally low drag of only 0.278 Cd.”

The purpose of all this development is to create the fastest production car in the world and with a theoretical top speed of 330 mph, it will more than likely grab that title.

Company founder Christian von Koenigsegg has already said it will be the fastest car Koenigsegg will ever build, now or in the future.

Koenigsegg hasn’t given a timeline for when customer units will be ready, but it shouldn’t be long. The Attack is expected to start reaching customers this quarter.