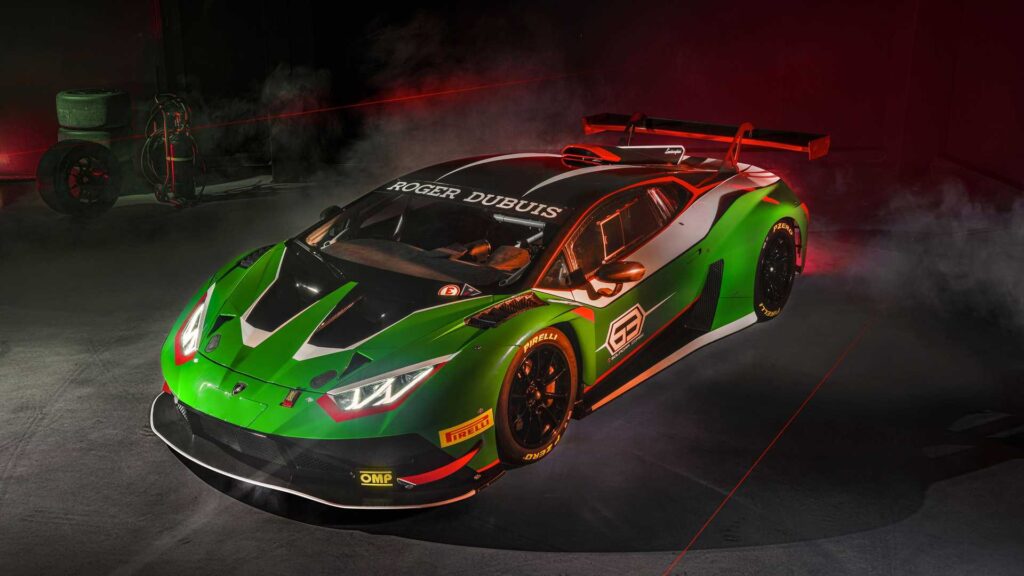 It has been 8 years since we first saw the Lamborghini Huracán Super Trofeo and now the latest race car from Sant’Agata Bolognese has been revealed. Say hello to the Huracán GT3 EVO2.

It can be bought as a new car or you can upgrade your existing Huracán GT3 EVO to the new spec.

The second evolution of the racer gets a revised aerodynamic package with a new diffuser to boost rear downforce. In addition, the STO-derived massive wing further helps the car remain glued to the road and has new supports for greater adjustment.

Customer deliveries are scheduled to commence in the second half of the year ahead of its racing debut in January 2023 at the Daytona 24 Hours. The GT3 EVO2 does not represent the final Huracán update as the Steratto, a high-riding road car, is coming in a few months.

It will represent the swan song for the ICE-only supercar as any potential subsequent versions will be hybridized, much like the supercar’s replacement.

Lamborghini
Share. Facebook Email Twitter LinkedIn WhatsApp Telegram
Previous ArticleThe NASCAR Cup Series 2022 Is Illinois Bound: Enjoy Illinois 300
Next Article What To Do If You Have an Accident in a Rental Car?