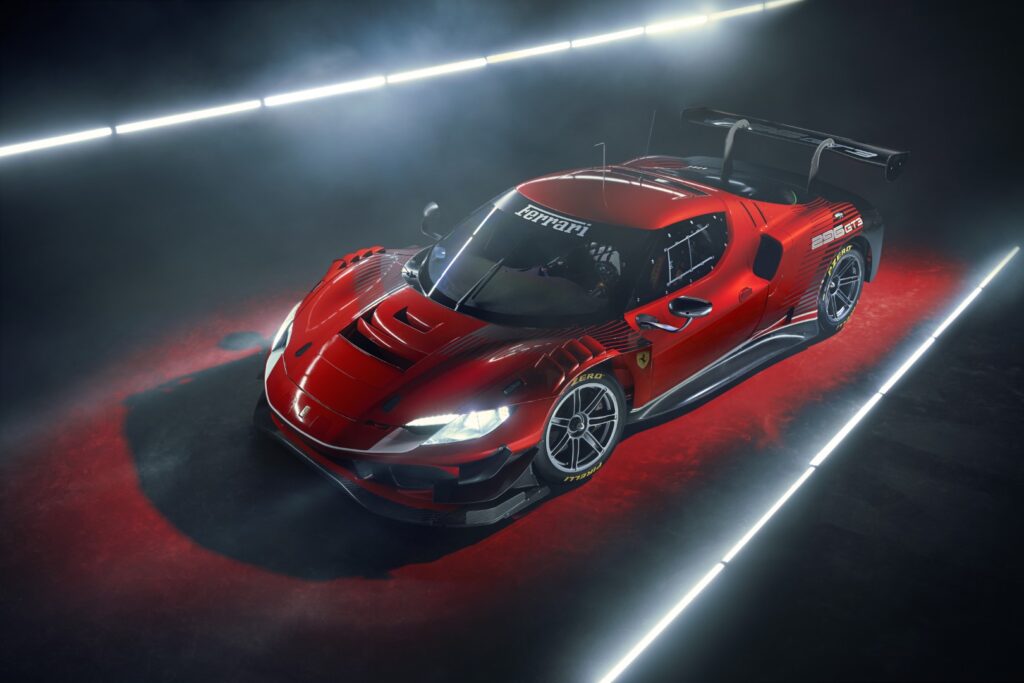 Ferrari has taken the covers off the new 296 GT3 and they have looked to the Formula 1 team for some lessons.

Ferdinando Cannizzo, head of GT racing car design at Ferrari, said: “We looked at how they are doing things in Formula 1 and prototypes, and copied that.

“We have exchanged some ideas and concepts with the F1 team.”

He added that there had been a lot of interaction with “all departments at Ferrari”, including the Scuderia F1 operation, during the development of the 296 GT3.

The Ferrari 296 GT3 represents the future of the Prancing Horse in GT racing, a sector that has always seen the closest relationship with customers and the greatest transfer of technology and innovative solutions to production cars. The 296 GT3 grew out of the 296 GTB, the latest evolution of the Maranello company’s two-seater mid-rear-engined sports berlinetta concept.

The Ferrari 296 GT3 is an innovative project, on and off the track, that the Prancing Horse manufacturer decided to develop to continue a winning tradition dating back to 1949 when the 166 MM triumphed in the 24 Hours of Le Mans. This is a new approach in terms of design, car management at all stages of a race weekend, electronics, and even the engine architecture, a 120° turbocharged 6-cylinder. A new concept built to meet the needs of teams, professional drivers and gentlemen drivers, on whom Ferrari has always focused. This car has been meticulously designed in every detail and from every angle, in compliance with the new GT3 regulations.

No price has been released for the new car, but Ferrari has promised there will not be a significant increase on the 488 GT3 Evo.