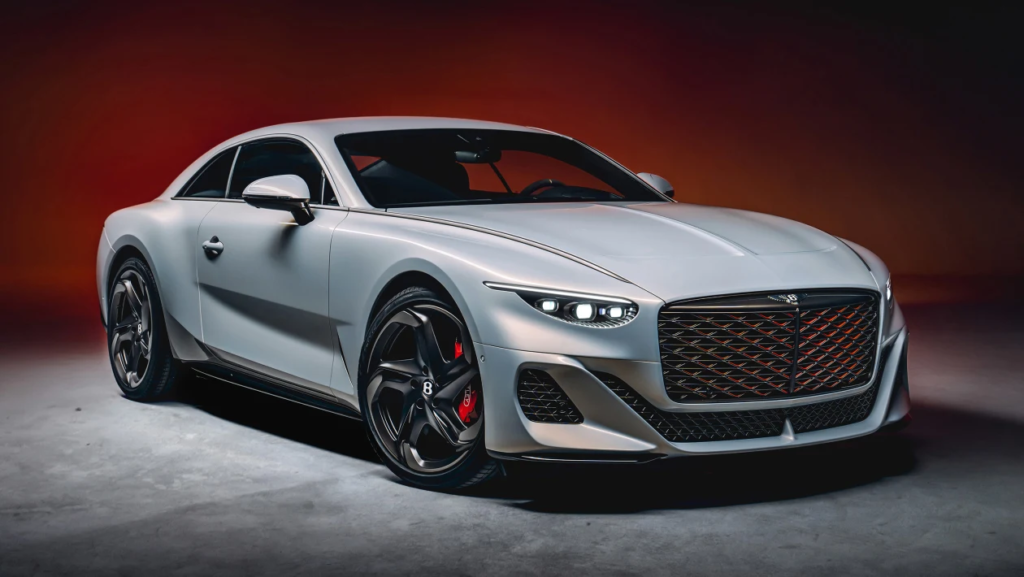 Bentley chose the prestigious Monterey Car Week to reveal this special model known as the Mulliner Batur and not only is it their most powerful car ever made but it also gives us a preview of their future design language for the all-electric age.

So what stands out for this new design language? Firstly, the split rounded headlights have been replaced with sleek triple-beam light fixtures with LED accents that jut out toward the front fenders. Then there is a new grille design with aggressive bumper detailing below it, some very tasty 22-inch wheels and around the rear, you will find taillights that are even slimmer than before.

As the title suggests, the Mulliner Batur packs some serious grunt. In this application, the twin-turbo 6.0-litre W12 engine has been tweaked to deliver “more than 730 hp” (544 kW) and 1,000 Nm (738 lb-ft) of torque. This makes it the most powerful car the company has ever built, and it rides atop an advanced air suspension that adds electric active anti-roll, an electronic limited-slip differential, and four-wheel steering.

The engine’s output is sent to all four wheels through an eight-speed dual-clutch automatic gearbox and Bentley’s all-wheel drive system, while the engine breathes through a new titanium exhaust system with 3D-printed tailpipe finishers. Bentley has not yet published any performance figures, but expect a 0-62mph time of less than 3.5 seconds.

Jump inside and you will not find too much has changed and looks almost identical to the Bacalar but if you want to add something a little bit special, you can choose some 3D-printed components in 18-karat gold.

Just 18 of these will be built priced from £1.65 million (approx. R33 million) and yes they have all been spoken for.

Production begins early in 2023 after final testing is complete with the first few examples expected to reach customers later the same year.