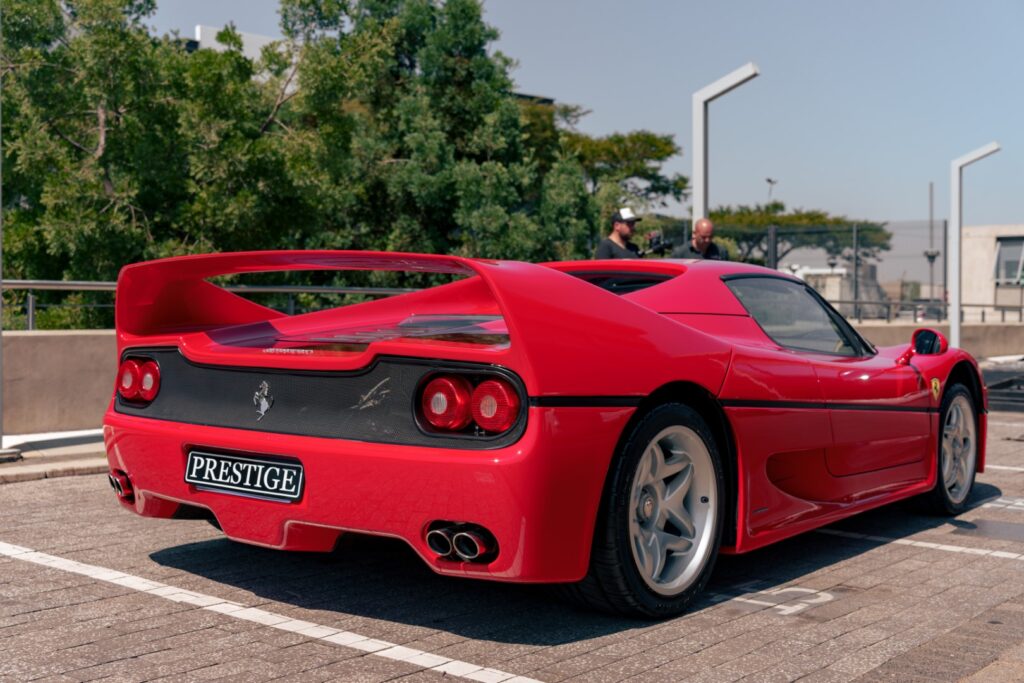 It is a sad day for petrolheads in South Africa but a celebration for local boutique dealership Prestige Marques after selling an immaculate Ferrari F50 to a collector in the USA.

Prior to the car leaving our shores, there were just three examples of the very special car but this one was the most special of them all.

It was originally imported and registered in SA by TAKMotors in 1996, the official Ferrari agent at the time. It enjoyed a pampered life until 2012 when it was sold to its second caretaker having only covered 4900 km in sixteen years. The second caretaker used it even more sparingly and only covered 520 km in ten years of ownership. Regardless of the distance covered the car received routine maintenance with no expense spared. Most notably being a service and fuel cell replacement in 2022. This example has the lowest mileage and is the most original of the three. Wearing its original tyres, accompanied by its flight case including an original soft-top roof that has never been used.

The Ferrari F50 was built to commemorate the 50th anniversary of Ferrari. It featured an F1-derived V12 engine and was the only manual, V12 anniversary model built by Maranello. With a total production run of 349 units, it is one of the rarest Ferraris ever produced. In a digital world, the F50 is as analogue as they get. No power steering, no ABS, no traction control.

Although the sale price will not be disclosed, we can confirm that this is the 2nd most expensive car ever sold in South Africa behind a McLaren F1 in 2020.

We would like to congratulate our friends from Prestige Marques on concluding such a monumental sale and hope to see some images of this magnificent machine from Maranello from across the pond.

Images below by Stefan Daniël Kotzé

Ferrari
Share. Facebook Email Twitter LinkedIn WhatsApp Telegram
Previous ArticleOzowDR23 Supercar Rally Set To Kick Off At Kyalami
Next Article What is the Right Way to Find a Reliable, Yet Exciting Car to Buy