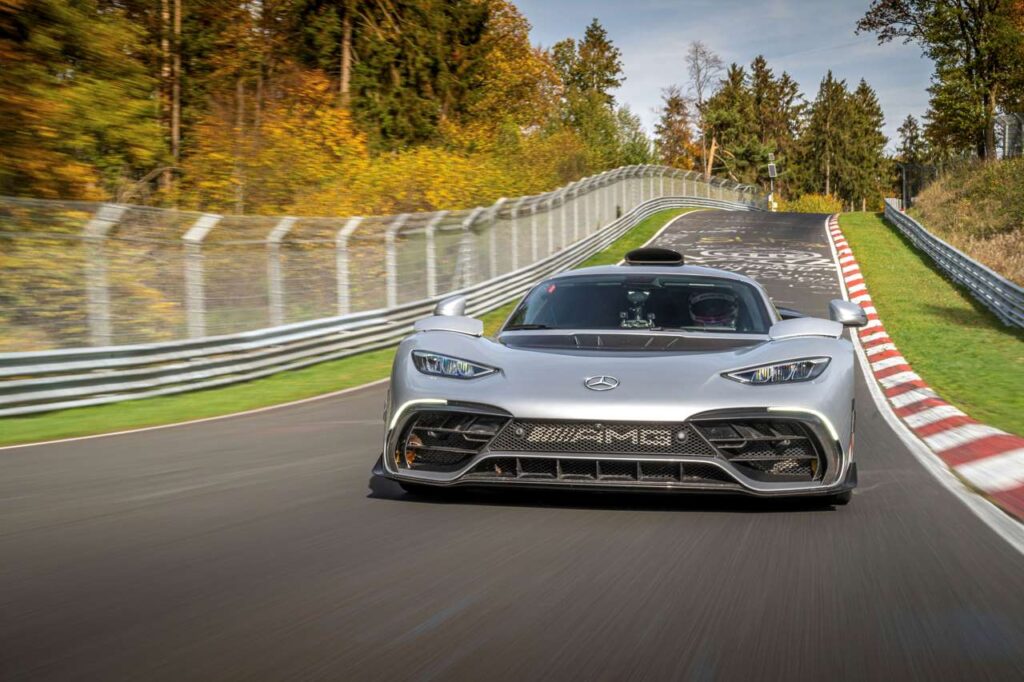 There is a new King of the ‘Ring and that is the mighty Mercedes-AMG ONE with an officially measured and notarised time of 6:35.183.

This time was measured over the 20.832-kilometre track and hands the German machine the record for road-legal production vehicles.

Racing driver and AMG brand ambassador Maro Engel took to the track on the 28th of October just 30 seconds before it closed and managed to set the blazing lap.

“That was really an unforgettable experience,” said Maro Engel after completing the record lap. “I didn’t expect that we would be able to set such a lap time with these track conditions. In some crucial areas of the track, it hadn’t dried completely yet and was therefore tricky. That was a special challenge. We tried to find the optimal deployment strategy during the pre-tests. Like Lewis Hamilton and George Russell on their race weekends, I also had to deploy the electrical energy of the hybrid drive in the best possible way. That’s not easy, especially with this length of track. In addition, the DRS function had to be used optimally. But that’s also a real Formula 1 feeling. I would like to thank you for this opportunity and the trust you’ve placed in me. It was definitely something very special to drive this incredible car on the Ring.”

Mercedes-AMG brought two ONEs to the Ring, which meant that the limited time could be used effectively. According to the specifications of Nürburgring 1927 GmbH & Co. KG, both vehicles were inspected and documented by TÜV Rheinland to ensure that they were in series production. A notary confirmed the proper condition of the vehicles and the correct execution of the record runs.