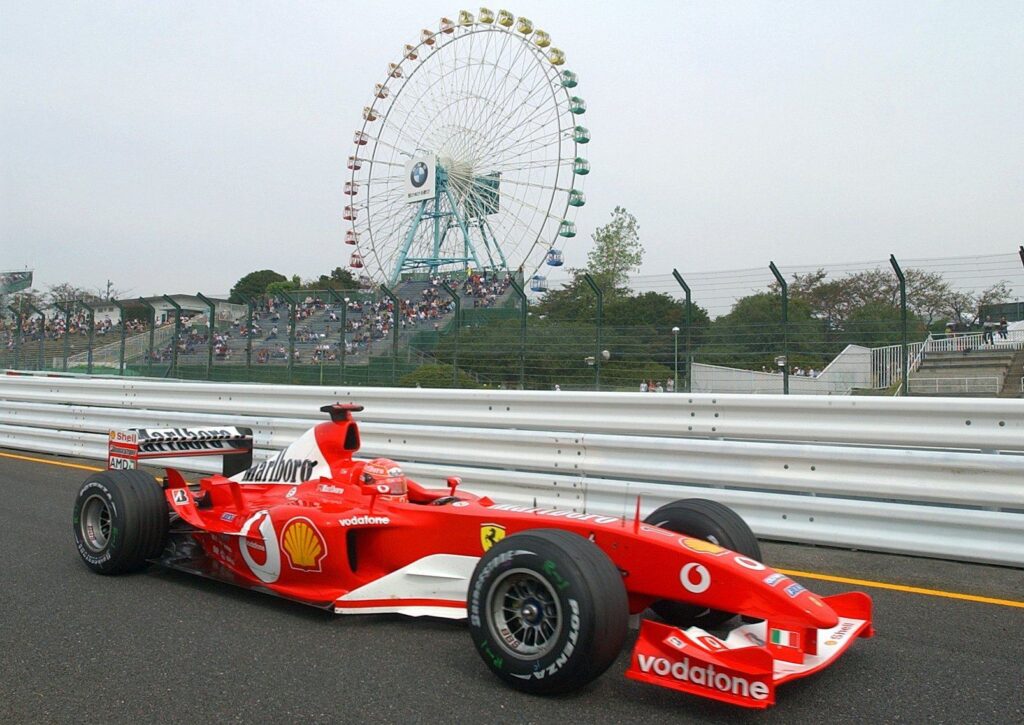 At a recent RM Sotheby’s auction, the championship-winning F1 car driven by Michael Schumacher crossed the auction block and blew all expectations out of the water.

The car in question was a Ferrari F2003-GA, chassis #229. If you know your history, then you will also remember that Schumacher drove this car to eighth place in the 2003 Japanese Grand Prix, securing him the 2003 Formula 1 Drivers World Championship.

Ex-racing cars are valued a little differently than typical vehicles. Their price isn’t just about performance or specs, but about history and pedigree. This auction concerned a championship-winning F1 car from the most venerated F1 team of all time, as driven to multiple wins by one of the most legendary drivers of the sport. These factors are what helped push chassis #229 from a $9.5 million valuation to a $14.8 million sale.

What makes this purchase even more impressive is the fact that the car has been maintained and overhauled by the Ferrari Classiche Department, and was sold in fully-running order.

Clearly, the individual who forked out this sum of money is what we would call well which is a good thing because the expense does not end there. According to a user on Reddit who owned a Ferrari F2003-GA it costs around $1000 per lap for private owners.

That’s based on the price to regularly overhaul the engine, gearbox, and other components. It doesn’t take into account the necessary expense of Ferrari’s team to start and run the vehicle at the track, nor crash damage, which can quickly add up to hundreds of thousands of dollars or more.