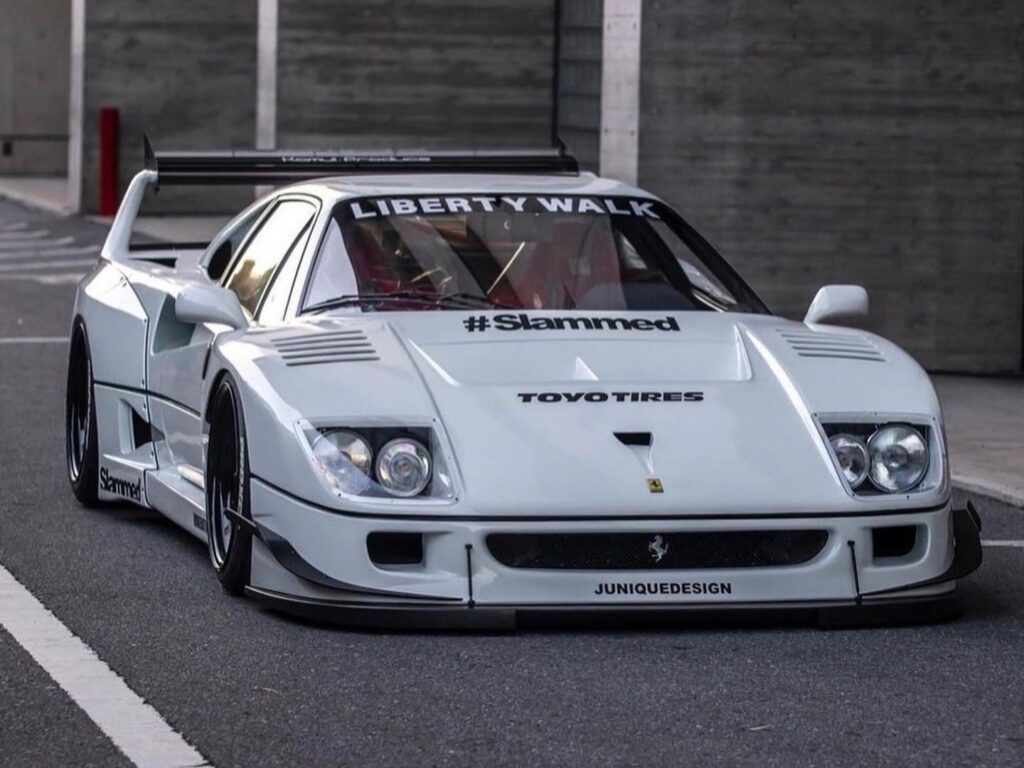 The Ferrari F40 is one of the most iconic cars to come from Maranello and since it was produced in limited numbers, it has turned into a classic and of course a real collector’s item.

One of these examples landed up with the folks from Liberty Walk where it underwent a bit of a ‘nip and tuck’.

We saw a digital preview of this package last year but now it has come to life finished in white as opposed to the ‘Ferrari Red’ we saw in the render.

The 80s prancing horse now sports a new front cowl, cowl duct, light cover, splitter side skirts, rear wing, diffuser, and wider fenders. There’s also a large opening to the hood and a single NACA duct in the centre rather than the original two.

The iconic pop-up headlights have been removed thanks to the widebody conversion.

Pricing has not been disclosed but we can’t imagine that too many F40 owners would do something this drastic to their beautiful machine.