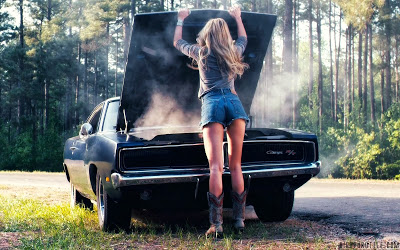 Dodge is one of the leading brands of car manufacturers in the history of American automobile manufacturing. This brand was one of the newcomer rivals of Ford Industries in the early 1900’s. Like the first maneuverable airplanes, Dodge was founded by its two namesake brothers – Horace Elgin Dodge and John Francis Dodge. Originally, their enterprise began as suppliers of components for Detroit-based automaker assemblies during the advent of complete automobile mass production. Around 1925, this company was sold to the Dillon, Read & Co five years after the brothers died. By 1928, it became one of Chrysler Group’s properties.

Dodge is one of the automobile brands that appeal to masculine sentiments and undertones. Given that this trademark is known for its minivans and sports utility vehicles, it is not surprising that its market generally targets male customers. Dodge has cars that represent types of males. One must get to know its styles which directly characterize certain male personalities.

What type of man are you?


1. Solo tough guy
This type of guy is someone who usually fills the shoes of an independent city slicker or a lone wolf on the long winding interstate highway. Solo tough guys are the kind of men who do not usually carry a heavy baggage (literally and figuratively) and has less room for company. Being usually introvert, a two-person cohort is more than enough for this type of man (whether it is a girlfriend, best buddy or business liaison). Therefore, they usually prefer a two-seater car with an engine that puts performance to an incredible level. Dodge offers its trademark muscle cars for the solo tough guy. Like its figurative namesake, muscle cars are light, fast and can sustain extensive mileage without halt. Automobiles like Dodge Challenger and Dodge Charger B-body are excellent models for solo tough guys who want to hit the road hard and fast.

2. Rugged and off-beat
This type of guy is someone who works with heavy weights and brings such load everywhere they go. They can be anyone within the broad gamut of profiles like a redneck hunter, a traveling machine salesman, or a proud auto mechanic. Traveling light is something that is incongruous for these guys. These types of men need Dodge’s trademark pick-up trucks like Dodge Ram and Dodge Power Wagon. With these pick-up trucks they can bring heavy stuff around such as the wife’s four-month groceries, crates of sales merchandize, beer kegs for a party, or adventurous friends who don’t mind sitting at the roofless trunk en-route to a campsite.

3. Casual class act
This type of guy fills up the usual conventional profiles of the civilized world. Most of these guys are white-collared workers who are keen about sophistication. In some cases, they are typical family guys living at the suburbs. Either way, they are the type of men who are all about neatness and order. For these types of guys, they need good old flashy four-seat sedans like the sleek Dodge Intrepid and Dodge Avenger.