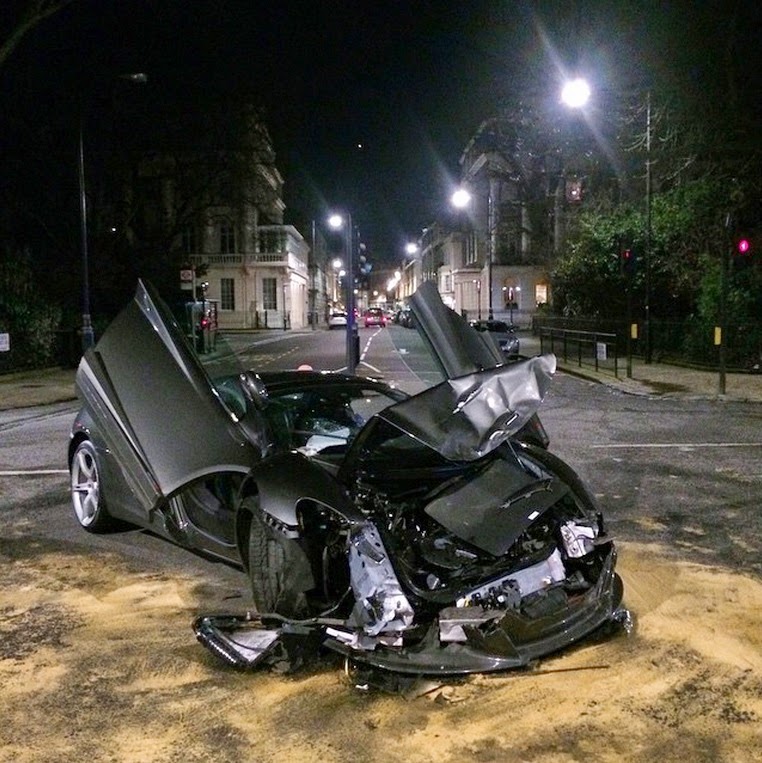 Not many of these have been crashed since the launch but the latest incident happened in London which resulted in the car being written off. According to witnesses, the driver of the McLaren 650S was not at fault and the driver of the Saab skipped a red light and smashing into the front of the supercar. The video below states that the McLaren was written off but seeing as all the damage happened up front, I think this car may see daylight again.