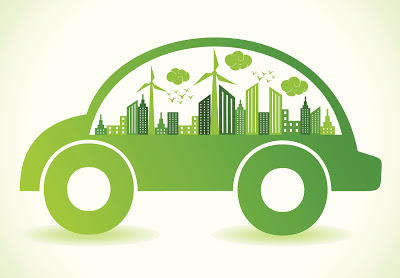 Eco-friendly cars are much cheaper to run. And some of the biggest car companies in the world are starting to realise the full potential of this. They’re taking action to help protect the environment without any dip in the quality of their vehicles. Here are the honorable mentions.

Tesla Motors
This company may have been the first to jump to your mind. This would obviously be because of the fact that Tesla specialise in electric cars. It’s tempting to say that any company which specialises in electric cars are obviously doing the best. But the fact is that the way a car is manufactured contributes a lot to the environment, too.

There are some companies out there who don’t use very eco-friendly electricity methods. A poorly designed power source can have adverse effects on air and water. The production can also result in lots of fossil fuels being used. But Tesla have shown themselves to be one of the best at delivery an eco-friendly electric car. And they’re working on a 100% electrically-powered car that can reach 60mph in less than four seconds. Sweet!

Volkswagen?
Volkswagen have very recently announced that they’ll be changing the design of all of their exhaust system filters. One of the problems with direct injection petrol engines – the ones used in many modern cars cars – is that they can emit more soot than usual. But Volkswagen will be adding particulate filters to these systems in all their cars by 2017. This could cut emissions by around 90%. It’s nearly enough to make you forget about the recent Volkswagen scandal, right? No? Okay, moving on…

Vauxhall
Vauxhall recently took action to improve their environmental impact. Instead of putting a focus only on car emissions, they put focus on their manufacturing process. Vauxhall manufacturing is now free from the use of landfills. The effects of landfills are often forgotten about in this area! Of course, Vauxhall have quite a long history of working to reduce harmful emissions from their vehicles. So if you’re browsing the stock of a Vauxhall dealer like Pentagon-Group, you’ll likely get your hands on an eco-friendly ride!


Honda
Honda were named in CNN’s “Ten Green Giants” piece. And for good reason. Honda haven’t just been fulfilling energy-efficiency requirements set by governments. They’re going beyond the call of duty! In this regard, they’re perhaps most famous for their efforts to produce hydrogen fuel cells that will power future vehicles. Some have made the argument that hydrogen is very explosive, which doesn’t actually sound great for the environment. But don’t worry: those concerns are slightly overblown!

Toyota
Toyota almost go without saying, here. The Toyota Prius has been praised several times by the U.S. Department of Energy. It’s the world’s best-selling hybrid car. Toyota are responsible for bringing the idea of eco-friendly cars into the mainstream consciousness. Thanks, guys!