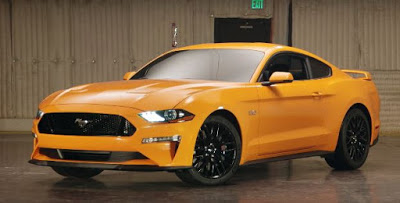 So the sad looking 2018 Ford Mustang was leaked yesterday but the official pics and details are now available. As a sort of curtain raiser, Ford and Dwayne ‘The Rock’ Johnson decided to give one of these brand new machines to an injured veteran. The clip below is well worth the watch and the front end of the Mustang doesn’t even look as bad anymore. Well done to Ford for the Go Further Award and The Rock for making this woman’s day in the best way possible. Details on the new Mustang can be read below the clip.

The current Ford Mustang has been on the market for 2 and a half years now which means it’s time for a mid-life cycle. What this means is a tweaked face courtesy of the new headlights, redesigned front bumper, a wider front grille and a resculpted bonnet that’s 20mm lower. At the back, we see new C-shaped rear light clusters, the diffuser that is now finished in black, and in the GT, a small rear wing.
Other revisions include the addition of an optional digital cluster with a 12-inch screen instead of the traditional analog gauges, offering three separate views –normal, sport and track mode. A new active valve exhaust system allows the driver now to adjust the soundtrack of the V8-equipped versions while Ford has also given the 2018 Mustang a range of active safety systems such as Pre-Collision Assist with pedestrian detection, distance alert, lane-departure warning, lane-keeping assist and Driver Alert System. 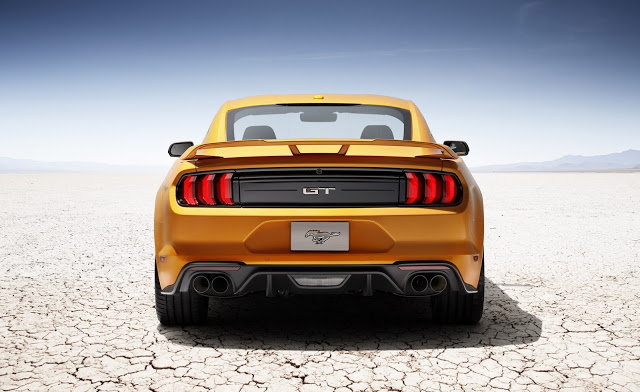