We all knew it was only a matter of time until McLaren was to unveil the drop-top version of the 570S but now we have confirmation that it will happen this year.

Just like the 650S Spider the 570S Spider will have a folding hard-top roof and it should keep the 562 horsepower 3.8-litre twin-turbo powerplant from the Coupe variant. In the past McLaren has achieved almost identical performance figures for Coupe and Spider variants so we can expect the 570S Spider to be able to hit 100km/h from standstill in just 3.2 seconds.

On a side note, Mike Flewitt, McLaren boss revealed that there will not be a similar 540C Spider on the cards because it doesn’t make sense for economies of scale. 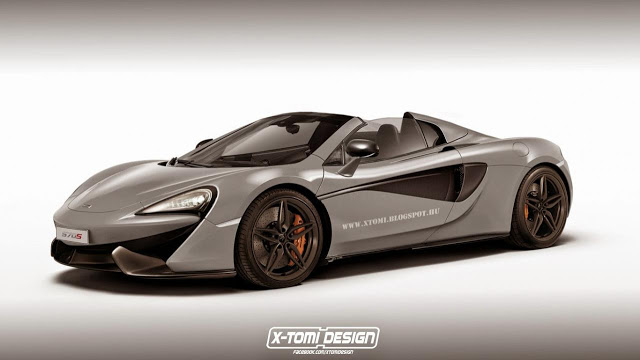