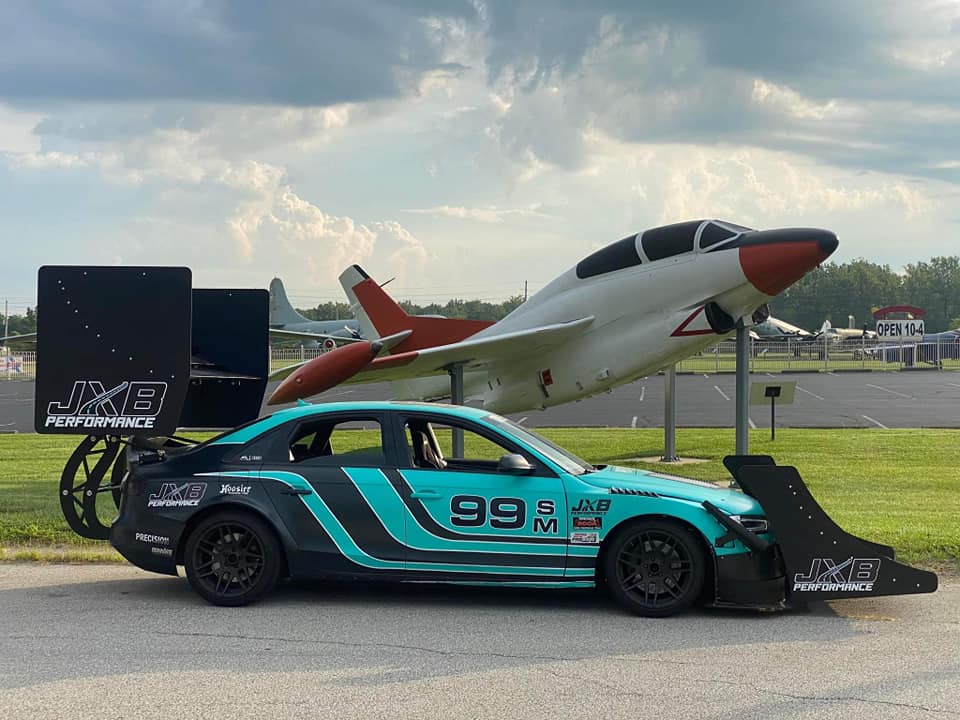 There are wings and then there are these.

Aftermarket shop JXB Performance claim this is their “biggest project yet” and who are we to argue considering the scale of the aerodynamics.

To start with, the Audi S4 engine has been replaced with a 4.0-litre, twin-turbo V8 from a 2017 Audi S7 and thanks to the help of twin-turbos plucked from an Audi RS7, it’s tuned to deliver 650 horses.

Up front, you will spot an almighty five-element wing that sits proudly ahead of the front bumper. At the back, you will see yet another five-element wing towering over the sedan (8 feet tall at the highest point). Despite its size, the huge aero package only adds about 250 pounds (113 kg) to the car’s weight.

This package was built in a hurry for the UMI Performance King of the Mountain event, an autocross contest with unlimited aero rules. With a five-figure payout for the winner, the big wings were inspired by a simple ethos: “what aero would it take to win while carrying a two-second cone penalty?”

As one would expect, early testing reveal far too much rear grip but simply removing a few elements from the wing gave them the balance they were after.

For those who noticed the fan at the rear, this is not for downforce as you would expect. It’s just for cooling the air-to-water heat exchanger and it pulls air from above, not below.

We look forward to seeing what this Audi S4 can do and will update you all if some footage or news is shared.

Audi
Share. Facebook Email Twitter LinkedIn WhatsApp Telegram
Previous ArticleWhat’s the Best Way to Finance a Car?
Next Article What To Do When Your Car is Out of Action