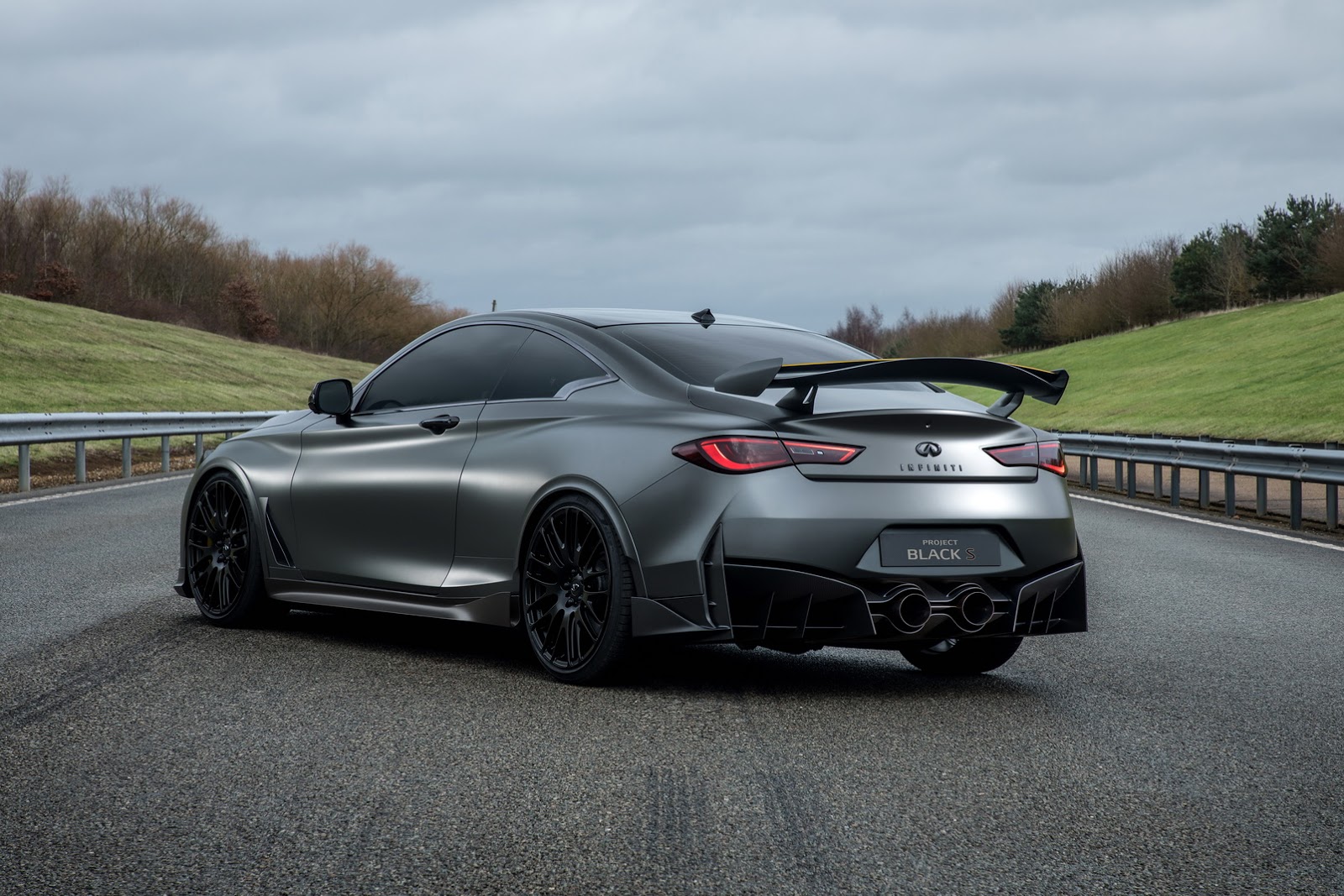 We first saw the menacing looking Q60 Project Black S Concept from Infiniti at the Geneva Motor Show last year but it was still a concept. Now according to a new report, the Japanese automaker will take the wraps off a production-ready example later in 2018.

Tommaso Volpe, Infiniti’s director of global motorsport and performance projects, told drive.com.au that the high-performance coupé would make its official debut at the Paris Motor Show in October.

He continued to note that that “Black S” would be the first production vehicle to employ a KERS hybrid engine system derived from F1. This would supplement the 3.0-litre V6 unit for short bursts of power and regenerating power under braking.

The total output figure is expected to exceed that of the BMW M4 and Mercedes-AMG C63 Coupe.