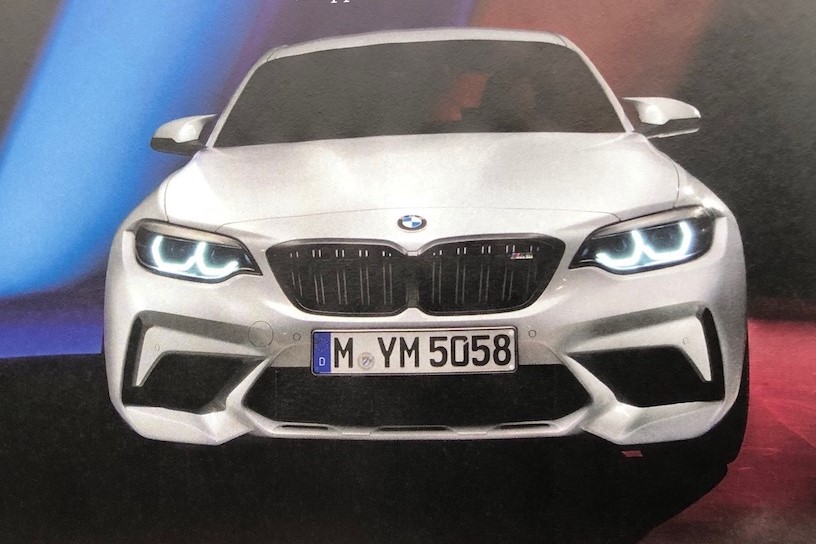 BMW’s next big reveal is expected to be the M2 Competition and although the manufacturer has not released anything themselves, we have some confirmed information and specs thanks to a leak from Evo magazine.

Along with this new info, we get a better look than what we have previously seen and it does look more furious than the regular M2. The information that has leaked includes the following;

Could this become one of the best M cars of all time? It sure sounds like it. 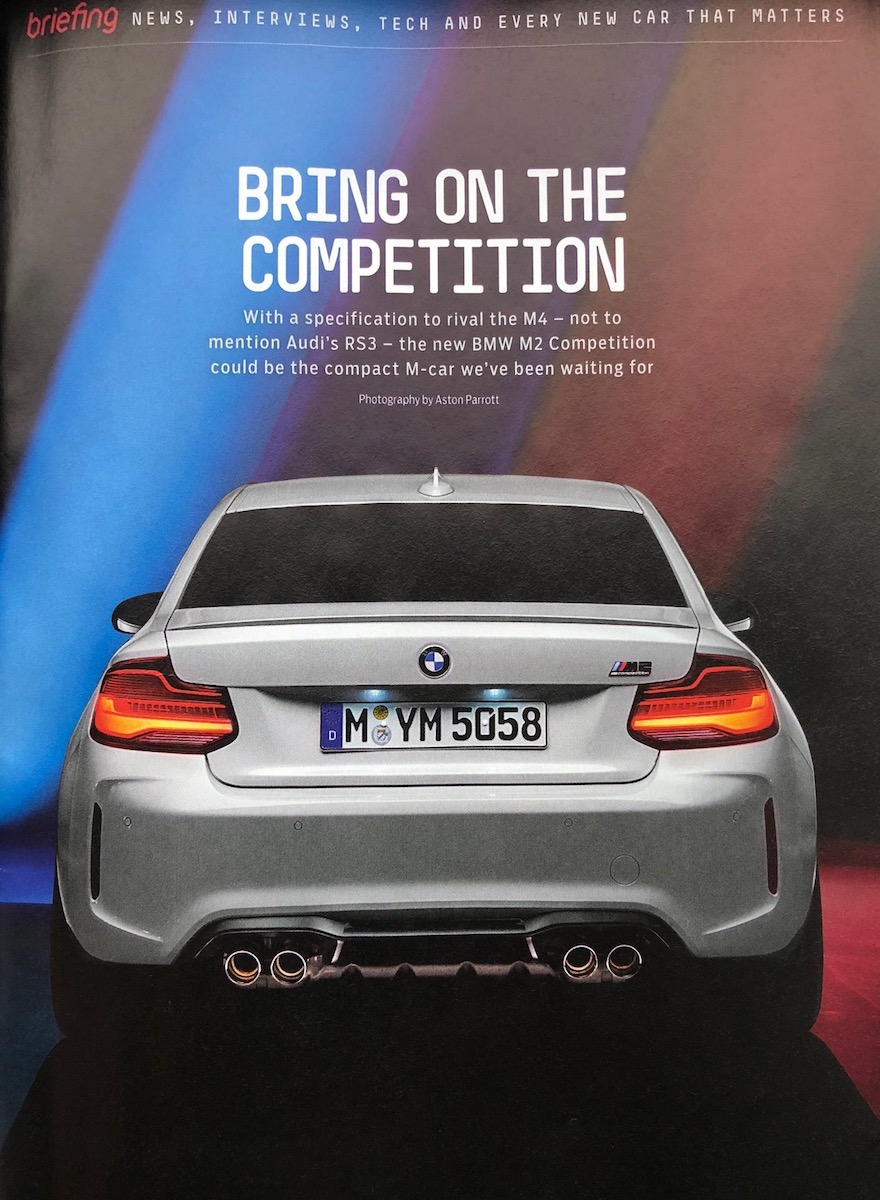 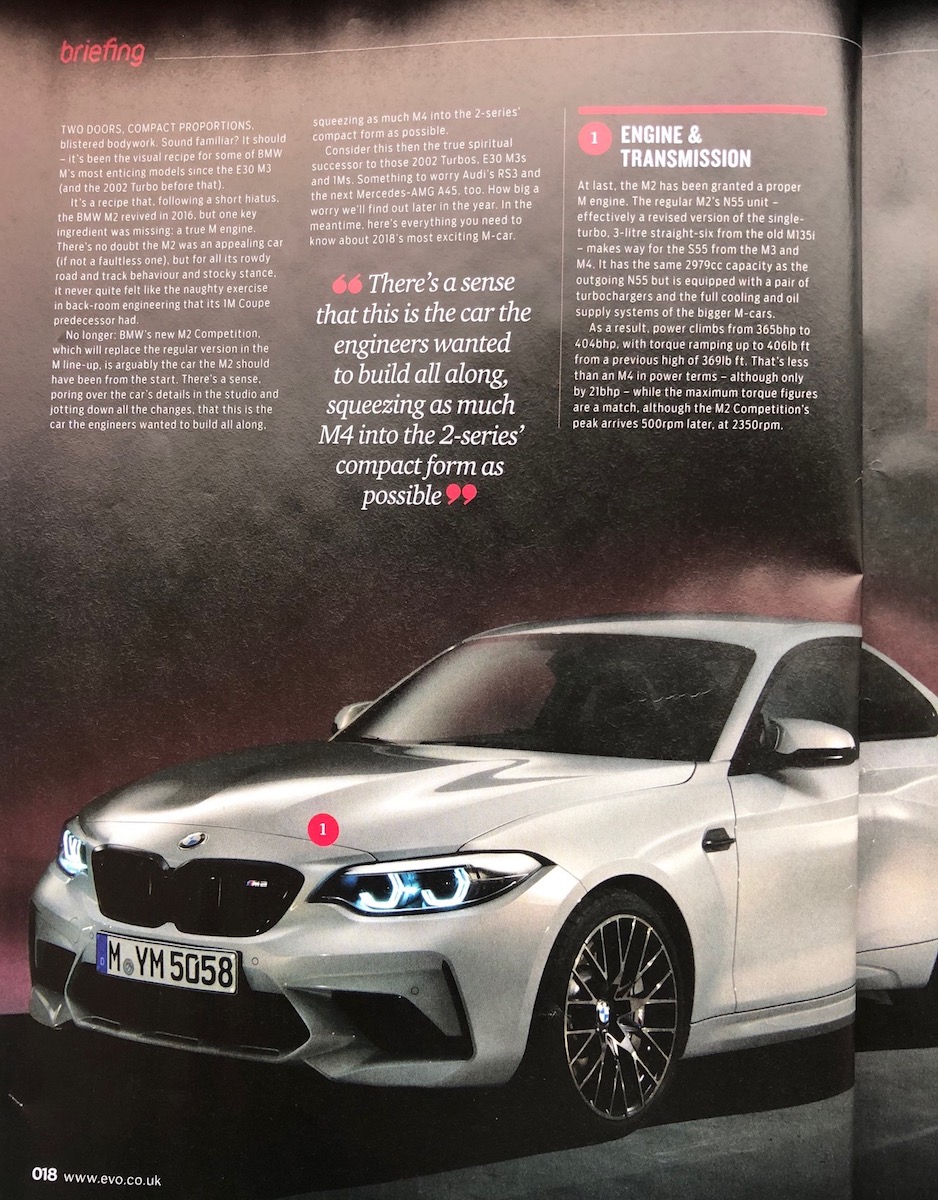 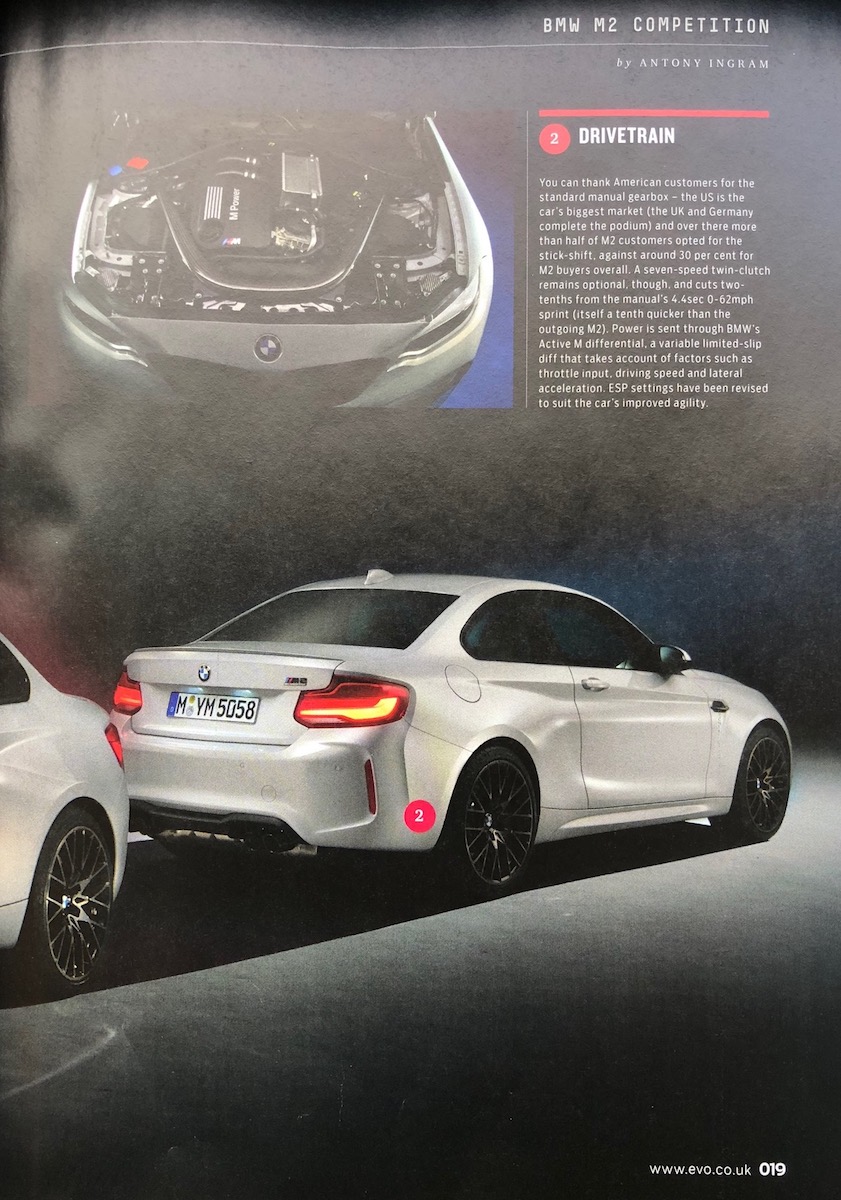 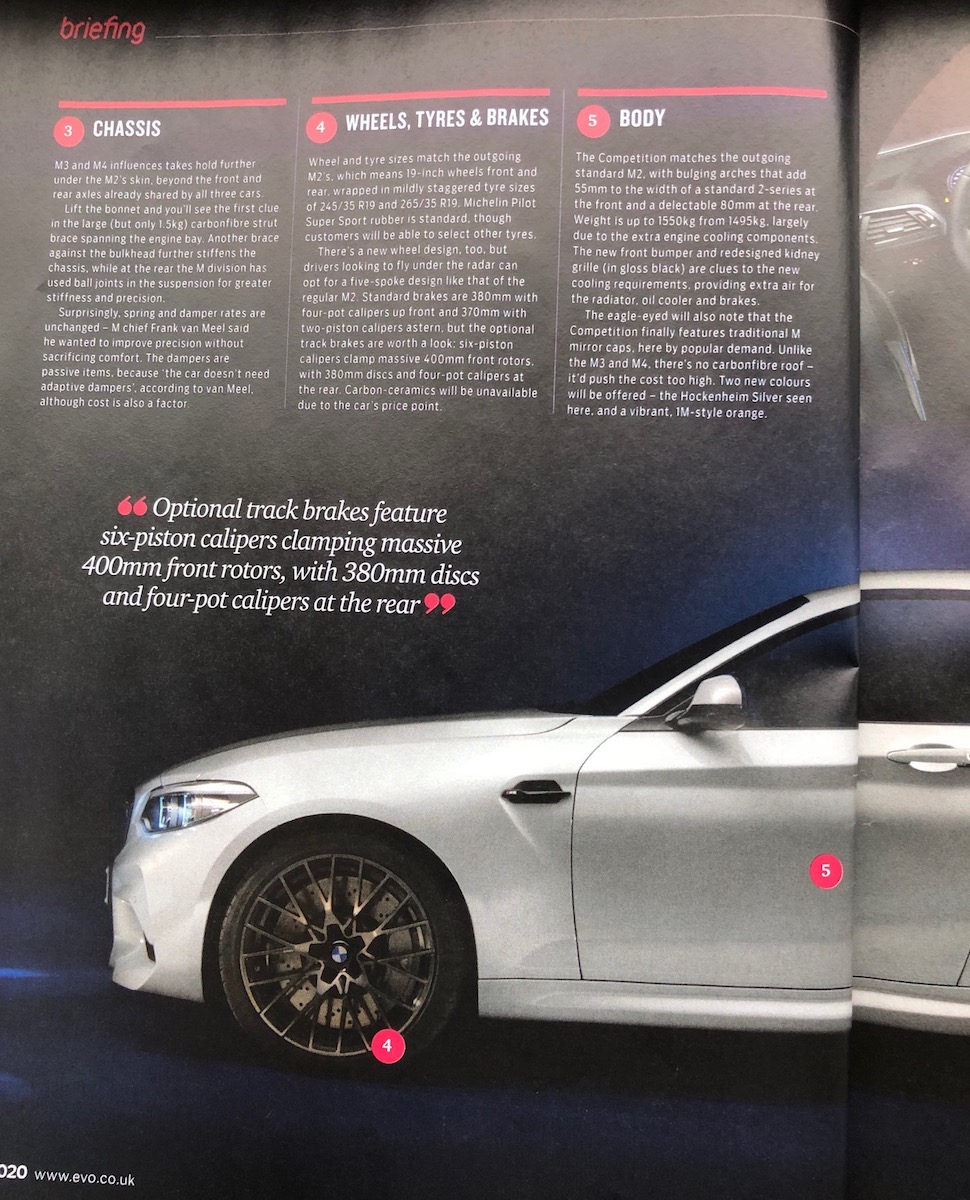 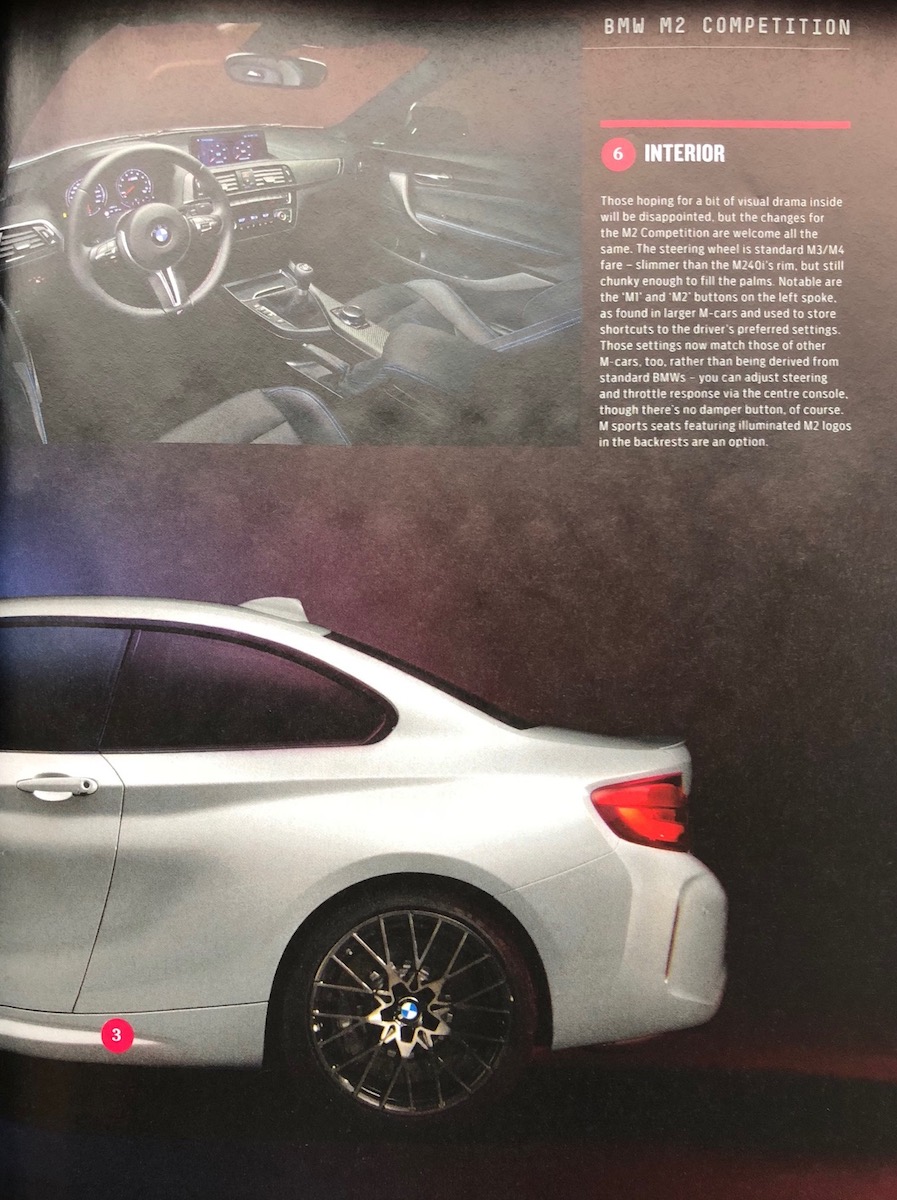 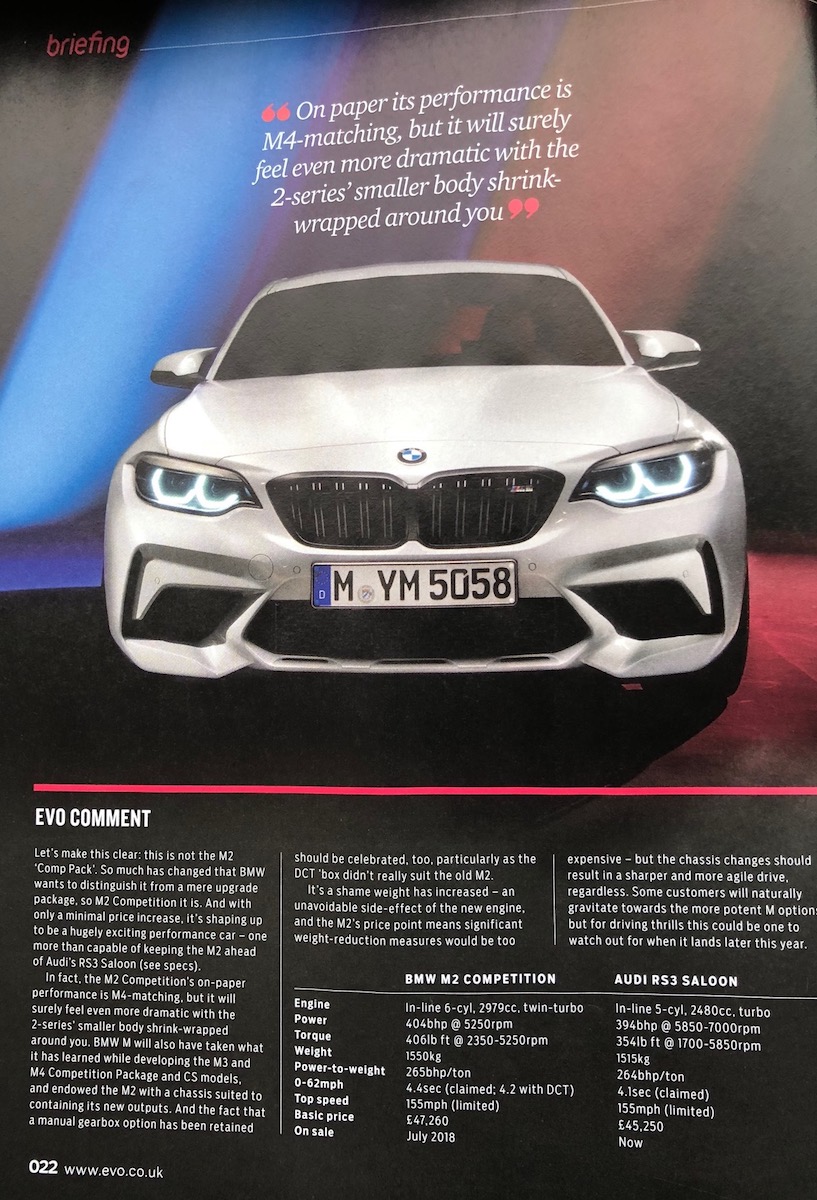