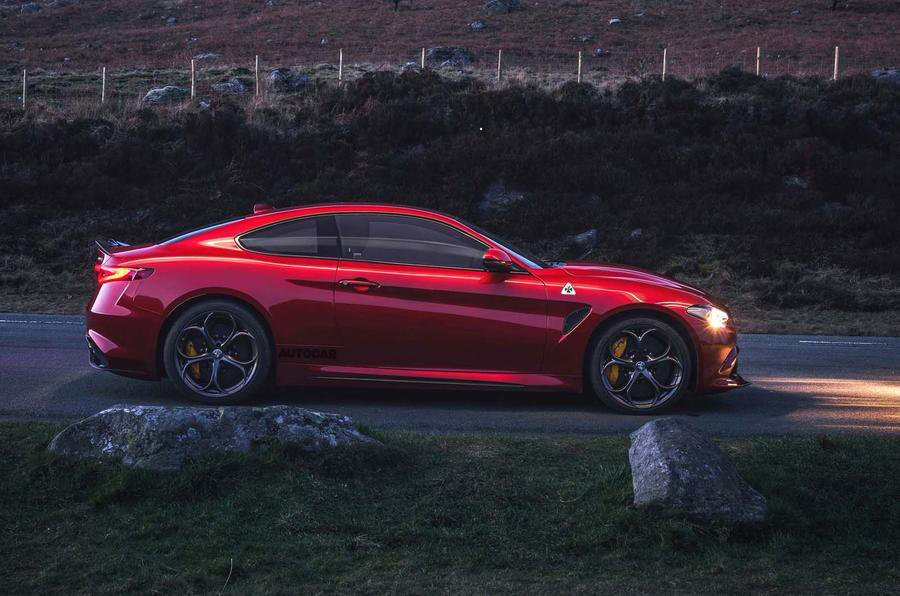 A little earlier on in the year, a rumor starting swirling around the internet about a possible Giulia Coupe being developed with a lot more power than the Quadrifoglio.

Fast forward to today and Autocar is reporting that an official announcement regarding the Giulia Coupe will be made as early as next month by Fiat Chrysler Automobiles’ top brass Sergio Marchionne at FCA’s Balocco test track in Italy.

The rumored specs on the Coupe are extremely juicy as it is expected to feature a partially electrified powertrain with hybrid tech adapted from the mighty LaFerrari. The 2.9-litre biturbo V6 engine will still be at the core, but thanks to an electric boost and an energy recovery system (ERS), combined output is projected to hit a massive 641 hp (478 kW) for what would become the most powerful Alfa Romeo production car in history.

Autocar is also reporting that Alfa will officially announce a new large SUV to position above the Stelvio set to become their biggest car ever. It will most probably use the same platform as the Stelvio but will be a bigger heavier SUV.